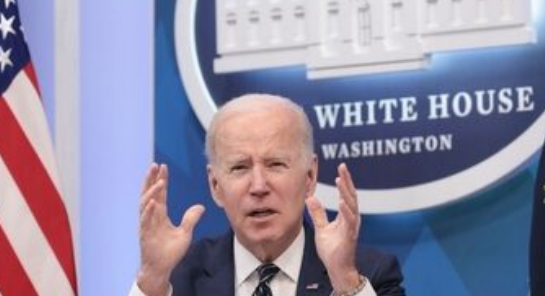 A shooting spree occurred at the LGBTQ Club Q in Colorado Springs on Saturday night. The club’s patrons eventually managed to physically disarm the shooter and stop him from doing more harm.

According to the police investigation, the shooter’s use of a long rifle surely made it simpler for others at Club Q to stop him.

After mentioning that a reason for the attack on Club Q has not yet been established, the president delivered a statement about the rising antipathy toward the LBGTQ+ community.

After that, Biden rapidly turned his attention to “gun violence,” describing it as a public health “epidemic”. The president continued by saying that despite his current efforts to restrict access to firearms, the country needs to have an “assault weapons ban.”

As many on the left began attacking the National Rifle Association, the president made this statement (NRA). Sadly, this is a common narrative that emerges following major shootings, despite the fact that no NRA members have ever carried out a mass shooting.

After the left mobilized credit card companies to modify how firearms sales are classified, Biden demanded a ban on assault weapons.

Why do some blame the millions of law-abiding gun owners instead of the deranged criminal? pic.twitter.com/9RdNdMmipK

Since then, significant companies like American Express, MasterCard, and Visa have declared that purchases of firearms and related items will be classified individually. Republican senators have railed against it, saying that doing so stigmatizes and excludes those who own guns.

Just a few months ago, the president made the erroneous claim that a handgun could hold numerous rounds and blow someone’s lung outside of their body. Biden has also said other things that show he doesn’t know anything about guns.

Passing anti-gun legislation may prove more difficult than Biden anticipates given that Democrats no longer hold a majority in Congress.