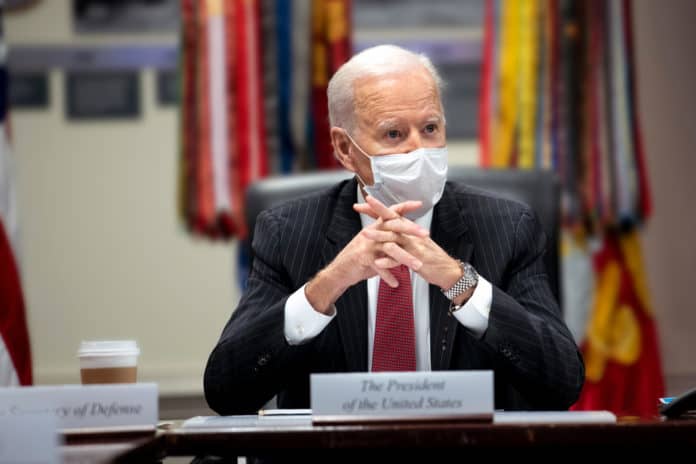 At his most recent news conference, Biden lost his patience and began flinging insults at Fox News reporter Peter Doocy.

It began when Biden abruptly stopped his news conference before accepting any questions. Doocy, who isn’t afraid to take on a challenge, decided to ask Biden a question regarding the current state of inflation. To this end, Biden mumbled beneath his breath, unaware that his microphone was still on and said ”you stupid son of a b&!*%.”

HOT MIC: Biden calls Peter Doocy a “Stupid Son of a B*tch” for asking a question about inflation. pic.twitter.com/q5LQIb1KpL

After hurling the comments, Biden felt bad about himself and later that day called Peter Doocy on the phone.

Biden clarified to Doocy that his remarks were not intended to be personal. Biden spoke with Doocy for several minutes thereafter, according to Sean Hannity.

Doocy then told Biden that he’s not in the White House press room to offer softball questions, but rather to ask the questions that no one else will, to which Biden responded,“you’ve got to as a reporter.”

Reporters have been his primary means of expressing his disappointment. At a White House briefing last week, Biden angrily abused another Fox News reporter.

“Why are you waiting for Vladimir Putin to make the first move in Ukraine?” Fox News correspondent Jacqui Heinrich questioned Biden.

Biden must have forgotten that when he was inaugurated, he said that if any of his staff members mistreated one another, he would terminate the offender. However, it appears that you may offend a Fox News reporter, since he has done so twice in the last week.

Biden has not only engaged in heated debate with members of the media, but he has also become arrogant with ordinary folks who question him. Biden discussed it with a factory worker in Detroit, Michigan, during his 2020 campaign.

When Biden visited a Detroit car plant in March 2020, he wasn’t greeted by adoring supporters, but rather by a group of guys concerned about their Second Amendment rights.

When one of the workers questioned why Biden is trying to take away Americans’ Second Amendment rights, Biden said bluntly, “you’re full of s***.”

Back in March Biden told a Detroit autoworker that he doesn't work for him.

This makes sense. Biden spent 47 years stabbing American workers in the back.

Biden would be a president for the elite, NOT the American worker. pic.twitter.com/GZYXhDYUff