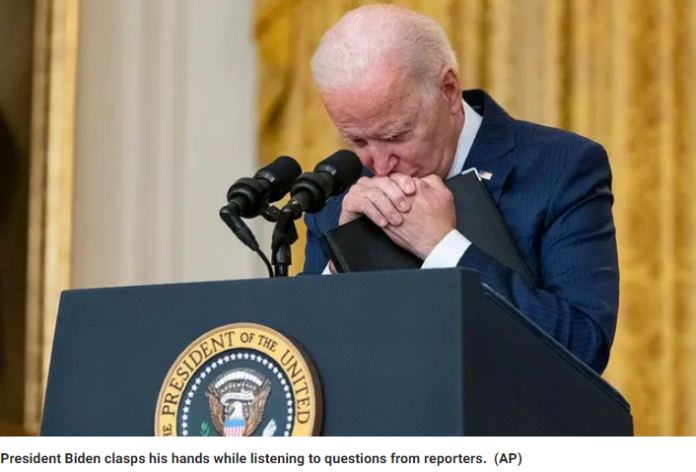 In response to reporters shouting questions at him as he was being led out of a White House abortion task force meeting on Tuesday, President Joe Biden received criticism.

Biden simply grinned and replied, “You’re among the only press in the world that does this. Seriously, seriously.” as they attempted to interrogate him.

Biden was criticized in return for criticizing the free press while ignoring their inquiries and neglecting to hold news conferences on a regular basis.

This guy routinely hides from the press, rarely takes questions, almost never does pressers, and has the gall to criticize them for trying to ask questions on one of the few opportunities they get. https://t.co/0hjDGXE7EC

A representative of the Heritage Foundation’s communications, John Cooper, tweeted, “This guy routinely hides from the press, rarely takes questions, almost never does pressers, and has the gall to criticize them for trying to ask questions on one of the few opportunities they get.”

Turning Point USA and Young America’s Foundation speaker Ian Haworth tweeted, “In the United Kingdom, the Prime Minister has to publicly defend their own policies during televised debates every week. In the United States, Joe Biden complains that he has to answer questions every few months.”

Biden characterized the Supreme Court’s recent decision to overturn Roe v. Wade as fairly extreme at the task force meeting, where it was also attended by Vice President Kamala Harris, Department of Education Secretary Miguel Cardona, and others. This is true even though liberal Justice Ruth Bader Ginsburg thought that Roe was founded on legally questionable grounds.

Additionally, Biden slammed Senate Republicans for introducing legislation that would have banned abortions nationwide after 15 weeks. Sen. Lindsey Graham of South Carolina launched the proposed bill last month, and a number of Republican Senate hopefuls have spoken out against it.