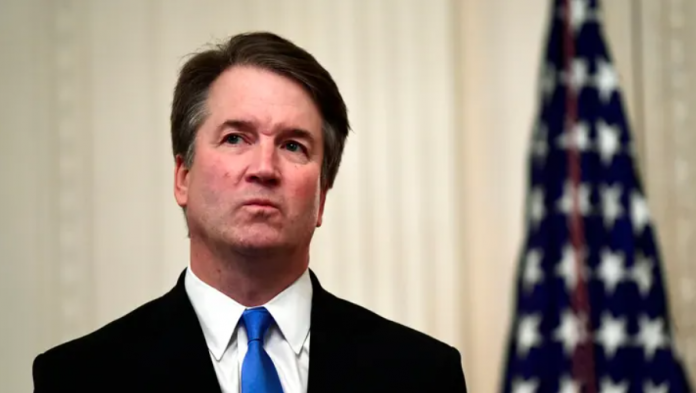 According to reports, Roske of Simi Valley, California, was caught with a revolver, knives, and pepper spray and had made violent threats against Kavanaugh. Roske was apprehended on a nearby street after reporting himself to police through 911.

Roske is accused of attempting to assassinate a United States Supreme Court Justice, according to the criminal complaint. His first court appearance is set on Wednesday afternoon in federal court in Maryland.

He informed authorities that he wanted to give his life meaning, so he bought the pistol and other goods with the intention of breaking into Kavanaugh’s home and murdering the judge before killing himself. According to an affidavit supporting the criminal complaint, Roske revealed these information to the FBI in a second interview.

According to the affidavit, Roske expressed his displeasure with the leak of a recent Supreme Court draft judgment on the right to abortion as well as the recent school shooting in Uvalde, Texas, and felt Kavanaugh would support Second Amendment rulings that would ease gun control restrictions.

It was around 1:05 a.m. when two Marshals observed a man subsequently identified as Roske exiting a taxicab that had stopped in front of Kavanaugh’s Montgomery County house, dressed in black and carrying a bag and luggage. The guy turned to stroll down the street after looking at the two marshals standing outside their parked car.

Roske identified himself and informed the call taker he was having suicidal thoughts and had a firearm in his suitcase. Roske allegedly told the call taker he came from California to kill a specific United States Supreme Court Justice.

Officers from the Montgomery County Police Department were called to the area near Kavanaugh’s home, where they found Roske still talking to the emergency operator. He was hauled into jail without incident, and his belongings, including a bag and luggage, were seized.

U.S. At a news conference previously scheduled to offer an update on the federal investigation into the Uvalde, Texas, elementary school shooting, Attorney General Merrick Garland addressed the event.

Last month, Garland met with the court marshal to discuss accelerating the protection of all the judges’ houses around the clock.