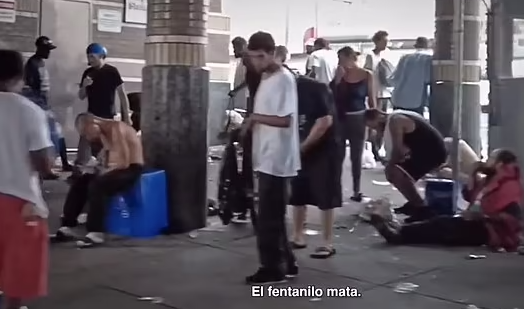 When it comes to the drug crisis, ties between Mexico and the United States are awful. Drug cartels in the neighboring nation sneak drugs into America, where they then spread through neighborhoods and devastate them. Recently, the US was criticized in a Mexican government advertisement.

Mexico has made a public service announcement warning of drug usage and providing a phone number to call for assistance. In the video, a group of young people can be seen having a good time at a club when one of the women inhales some sort of smoke. The image then changes to a woman standing on a street who is plainly under the influence of drugs. It turns out that the street scenes were filmed in Philadelphia, Pennsylvania’s Kensington area.

There is no denying that drug usage is prevalent in the Kensington neighborhood. The issue has existed for a while in the city of brotherly love. Mexico, however, has a sizable population of drug users. Despite the lack of precise numbers, The Washington Post reported in 2017 that the drug situation in the neighboring countries was getting worse. In the nation, more than 15% of the men use drugs.

Mexico’s government is making commercials rather than halting the trafficking of drugs throughout North America and the horrific street violence caused by cartels.