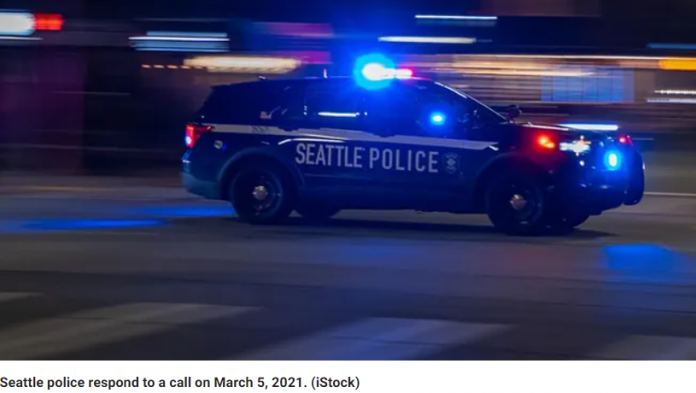 According to new recordings, a kidnapping suspect contacted Seattle police officers during a chase and told them that a newly approved Democratic law stopped them from following him.

As stated by the new 911 recordings, Isaac Sissel contacted the Seattle Police Department after reportedly holding his girlfriend and her cat hostage last month to warn them that they were involved in an unlawful pursuit and weren’t permitted to follow him.

According to the clip, Sissel told the 911 operator, “SPD is illegally chasing me over I don’t know what. It’s an illegal pursuit, they’re not supposed to be able to chase.”

Sissel made an apparent reference to House Bill 1054 as the basis for the cops’ inability to follow him when the operator advised he pull over and speak with them.

According to the Pierce County administration, the legislation regulates how police and law enforcement personnel respond to an event, including a modification that impacts how officers chase a suspect fleeing in a car.

Cops will only be authorized to pursue a car if they have reasonable grounds to arrest someone inside for committing a specific violent crime or sex violation.

With the exception of vehicular assault, vehicular homicide, and driving under the influence, law enforcement can no longer pursue automobiles for any traffic violation.

Officers are also prohibited from deploying tear gas, some defensive techniques, and other equipment under the ordinance, which took effect on July 25, 2021.

Although the law appears to enable authorities to pursue individuals who commit abduction, it is unclear if the law applied in this case.

According to a police incident report, the suspect and the victim had a long-standing relationship that included regular instances of violence.

The victim also handed over private recordings of the suspect threatening her and her beloved cat’s lives.

According to the incident record, the suspect also eludes police on a frequent basis, claiming the new law as an excuse.

The defendant was previously jailed for fleeing police and criminal mischief with a firearm, according to charge records.