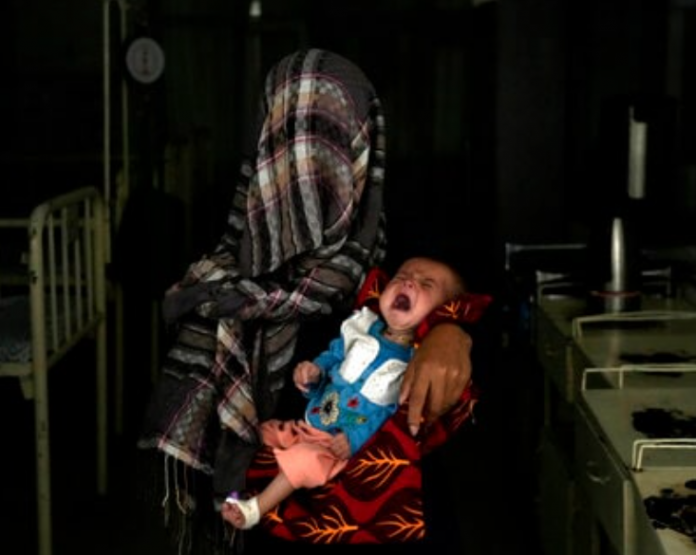 According to the United Nations, 1.1 million children under the age of five in Afghanistan will likely endure the most severe form of malnutrition this year, as more hungry, wasting-away toddlers are brought into hospital wards.

U.N. Following the Taliban’s takeover of Afghanistan last year, and other aid agencies were able to prevent outright famine by launching a massive emergency aid program that fed millions.

However, they are straining to keep up with the rapidly deteriorating situation. According to a report released this month, poverty is increasing, putting more Afghans in need of assistance, global food costs are rising as a result of the Ukraine conflict, and foreign financial commitments have so far failed to materialize.

As a result, the most vulnerable suffer, including children as well as women who are fighting to feed their families.

Nazia revealed she had lost two girls and two sons under the age of two to hunger. “All four died as a result of financial difficulties and poverty,” Nazia, 30, added. She couldn’t afford to treat her children when they were unwell.

Nazia talked to The Associated Press at Charakar Hospital in Parwan’s northern region, where she and her 7-month-old daughter were both receiving malnutrition treatment. Her spouse works as a day laborer but is also a drug addict who rarely earns money, she claims. She goes by one name, as do many Afghans.

UNICEF is the United Nations Children’s Fund. 1.1 million children are anticipated to suffer from severe acute malnutrition, often known as severe wasting, this year, roughly doubling the amount in 2018 and up from just under 1 million previous year, according to UNICEF.

According to UNICEF, severe wasting is the most fatal form of malnutrition, in which a child’s immune system is impaired due to a lack of nourishment. They become susceptible to multiple infections and eventually become too weak to absorb nutrients.

According to Mohamed Ag Ayoya, the UNICEF representative in Afghanistan, the number of children under the age of five admitted to health institutions with severe acute malnutrition has progressively increased, from 16,000 in March 2020 to 18,000 in March 2021, and then to 28,000 in March 2022.