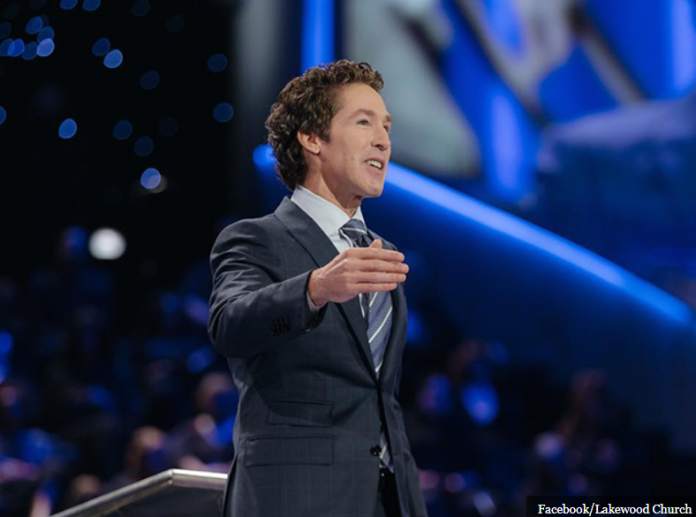 The ladies, who were working with the activist organization Rise Up 4 Abortion Rights, stopped Osteen’s sermon and continued to strip down to their underwear, which looked to contain artificial blood stains, while spewing obscenities in front of families attending church on Sunday.

MORE OF THIS 👏👏👏@tx4abortion disrupted @joelosteen earlier. EVERYONE who is applauding these young women needs to join this movement. YES YOU. Donate, put up posters & saturate w stickers, share posts, organize protests, or do something bold like this! Have an idea? DM Us! pic.twitter.com/yrv1lVQUWr

One activist could be heard saying, “My body, my fucking choice.”

As the women were led out of the chapel, the congregation shouted and applauded. Outside, the demonstrations continued.

Activist Julianne D’Eredita said that the wild antics were merely a reaction to policies that attempt to restrict abortion rights.

“I know it seems very outrageous to do it in a church in a private space. However, the people that are enforcing these laws have no qualms coming up to women in private spaces such as doctors’ offices and medical clinics to harass them and call them murderers,” D’Eredita stated.

The event has elicited no response from Joel Osteen or Lakewood Church.

Since the Supreme Court verdict announcing the end of Roe v. Wade was mistakenly leaked, abortion advocates have attacked churches at an unprecedented pace. The Sacred Heart of Mary Catholic Church in Boulder, Colorado, was vandalized in May, with pro-abortion inscriptions such as “my body, my choice” and “keep your religion off our bodies.” The church’s windows were shattered, and the front doors were spray-painted over. The church had been vandalized for the second time in a year.