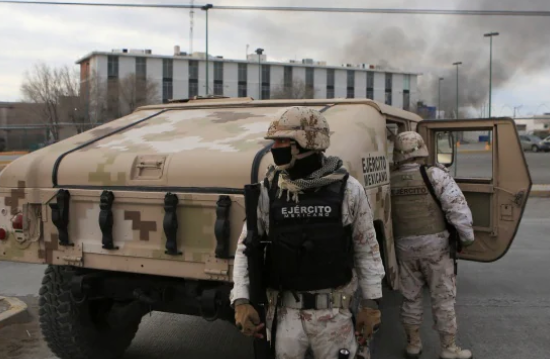 According to state officials, gunmen in armored trucks stormed a state prison in Ciudad Juarez, Mexico, across the border from El Paso, Texas, early on Sunday, killing ten guards and four prisoners.

Around 7 am, several armored vehicles arrived at the prison, and gunmen started shooting at the guards, according to a statement from the Chihuahua state prosecutor’s office. In addition to the fatalities, 13 other persons were hurt, and at least 24 prisoners managed to escape.

Later on Sunday, state police and Mexican soldiers took back control of the prison. According to the state prosecutor’s office, an investigation was being conducted.

In August, violence from a revolt within the same state jail erupted to Juarez’s streets, leaving 11 people dead.

In that incident, when two prisoners were slain inside the prison, accused gang members opened fire on the town, murdering four radio station personnel who were attending a restaurant promotion.

In Mexican prisons, including ones where authorities merely exercise minimal control, violence is common. Conflicts frequently break out between prisoners of opposing gangs, which act as drug cartel intermediaries in cities like Juarez.

Municipal police were attacked just before the assault on the prison on Sunday, and four individuals were eventually apprehended following a chase, according to a statement from the state prosecutor’s office. Later, police shot and killed two alleged shooters who were in an SUV.