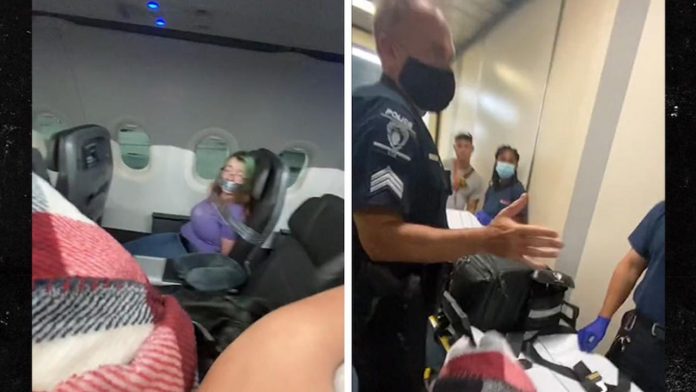 America Airlines confirmed that this was true. The woman attempted to open an airplane door in the middle of a flight and tried to attack some of the crew members. The crew quickly acted and secured the woman to a seat.

NY Post reported: “She could be heard screaming, “You! You! You!” as passengers exited American Airlines Flight 1774 past her — flight attendants calmly nodded their goodbyes, according to the footage posted by TikTok user @lol.ariee.

The two-hour July 6 flight from Dallas-Fort Worth to Charlotte, NC, had been delayed for at least three hours before it finally departed at midnight, but about an hour into the trip, chaos broke out, @lol.ariee said in subsequent videos describing the hectic scene.”