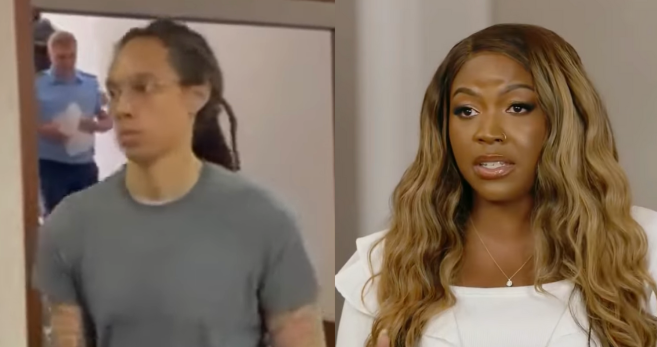 The relocation to a Russian correctional colony that Brittney Griner’s family and friends have feared since her sentencing came as a shock to them.

Biden’s negotiators were expected to bring Brittany home before Russians move her to a penal colony which is known to have a terrible environment, or to at least have the negotiations progressed enough to avoid the move.

However, according to Griner’s attorneys, the transfer started on Friday, and they are unaware of her current whereabouts or the correctional colony to which she is being sent.

Karine Jean-Pierre, the White House press secretary, said, “Every minute that Brittney Griner must endure wrongful detention in Russia is a minute too long.”

Every minute that Brittney Griner must endure wrongful detention in Russia is a minute too long.

The President has instructed the Administration to persuade her Russian captors to improve her treatment and the conditions she would be made to undergo in a penal colony, Jean-Pierre continued, adding that the Administration is still working nonstop to achieve her release.

The US Government has continued to follow up on that offer and suggest alternate potential courses of action with the Russians through all available channels in the following weeks, KJP added, despite a lack of good faith negotiation on the part of the Russians.

According to Griner’s representative, Lindsay Kagawa Colas, BG’s health and wellbeing remain their top priorities. They beg for the public’s help in continuing to send letters and convey their love and concern for her as they struggle through this extremely trying phase of not knowing exactly where BG is or how she is doing.

“Neither Brittney’s family, including her wife Cherelle or her Russian legal team will have any further statements or press availability at this time.”