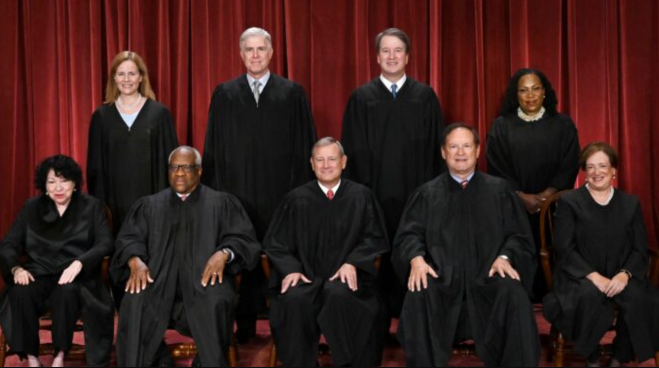 After a lower court banned it a few days ago, the Biden administration requested the US Supreme Court on Friday to revive its student loan debt program, arguing that it is within the executive branch’s purview.

The scheme, which was introduced weeks before the 2022 midterm elections, promised to provide millions of borrowers with debt relief of up to $20,000.

The U.S. Court of Appeals for the 8th Circuit, which has its offices in St. Louis, froze the plan on November 10 and ordered the federal government to stop accepting applications after ruling in favor of six Republican-led states. The White House’s student loan scheme was also overturned last week by a federal judge in Texas, who supported a claim made by the Job Creators Network Foundation.

The Eighth Circuit’s erroneous injunction leaves millions of economically vulnerable borrowers in limbo, uncertain about the size of their debt and unable to make financial decisions with an accurate understanding of their future repayment obligations,”the U.S. The Biden administration is represented by Solicitor General Elizabeth Prelogar, who wrote a Friday appeal to the Supreme Court.

The administration does not have the power to revoke student loan debt, according to a letter from six states: Arkansas, Iowa, Kansas, Missouri, Nebraska, and South Carolina. They claimed that in doing so, the White House acted outside of Congress’s purview and that the cancellation of billions of dollars’ worth of debt would have a negative financial impact on the states.

According to Biden’s idea, everyone making less than $125,000 or a household making less than $200,000 will have their federal student debt canceled by $10,000. Recipients of Pell Grants, who often exhibit greater financial need, are also qualified for an additional $10,000 in aid.

Friday’s appeal raised concerns that many Americans won’t be able to pay their student debt bills in January if the cancellation plan is not reinstated, echoing other reasons the administration made in filings a few days ago.

On August 24, 2022, President Joe Biden made a statement regarding student loan forgiveness in the Roosevelt Room of the White House. According to the Higher Education Relief Opportunities for Students Act of 2003, the Biden administration has the power to grant student loan charity. According to the legislation, the federal government is immune from demands like notice-and-comment rulemaking.

The Education Department halted receiving and processing applications last week after the plan was declared illegal by a lower court, despite the fact that around 26 million people had previously filed for the relief, with 16 million of those applications being approved.

As stated in the filing on Friday, “Because borrowers who default on their student loans face severe financial consequences—including wage garnishment, long-term credit damage, and ineligibility for federal benefits—Congress specifically authorized the Secretary to waive or modify any applicable statutory or regulatory provision as he deems necessary to ensure that borrowers affected by a national emergency are not worse off in relation to their student loans.”

U.S. Judge Mark Pittman of the district court stated in a written ruling that it is not for his court to decide whether the program is “good public policy or not.”

Republicans have disputed the program’s legality since its inception and claimed it would give the executive branch much greater authority. Some have even claimed that the strategy was intended to mobilize younger voters to support Democrats in the upcoming elections.