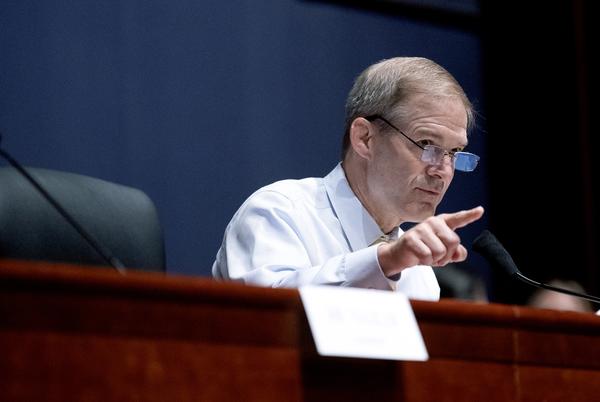 Two Republican congressional members claim they learned from a whistleblower, that the Biden administration has warned Border Patrol agents that they will be fired if they don’t get the COVID vaccine by November. This is despite the fact that illegal immigrants entering the US do not have to have the shot.

“It is simply unbelievable that the Biden Administration will allow COVID-positive illegal aliens to surge across the border but will terminate dedicated law enforcement officers who do not comply with Biden’s mandate,” said the letter, posted on the House Judiciary Committee’s Twitter account and dated Tuesday.

The two GOP lawmakers said they hope Mayorkas sees the “error in this decision” for the safety of the country and supports the “heroes of CBP who put their lives on the line every day.”

McClintock and Jordan, both members of the committee, asked the DHS secretary for “reasonable accommodations for CBP officials who choose not to comply with the mandate for personal or medical reasons.”

On Sept. 9, the president signed an executive directive that required federal employees to either be vaccinated or to be terminated.

He said that companies employing 100 or more workers must mandate that employees are vaccinated and undergo weekly testing.

“It has come to our attention that the men and women of the CBP have been given official notice that they must be fully vaccinated by November 2021 or face termination,” the letter stated.

McClintock and Jordan said that the Border Patrol will be unable to recruit or train more people because of this requirement.

“The locations of the job are typically remote and the job is often dangerous and hard. Their job is made even harder when senior officials, including Vice President Kamala Harris, spread false accusations of cruelty – as has occurred in recent days to mounted officers in Del Rio,” the letter said.

“Citing the misinformation about cruelty, President Biden even vowed the Border Patrol officers ‘will pay,’” they continued.

They were referring specifically to the response of the administration to images that appeared to show mounted Border Patrol agents using whips to stop Haitian migrants crossing into the US.

The El Paso Times published a clarification that the agents weren’t using whips.

And the photographer who took the shots acknowledged the images could be “misconstrued,” adding that he’s never seen the agents “whip anyone.”

Republican congressmen accused Biden’s administration of not doing its job to secure the border.

They provided figures showing that the Border Patrol had encountered 1,263,295 illegal immigrants in its encounters since January. They also pointed out that over 14,000 Haitian migrants had slept under a bridge in Del Rio Texas.

“The Biden Administration has stubbornly refused to address the crisis, allowing more and more illegal aliens to pour into our country and creating an unsustainable, humanitarian crisis,” they wrote.