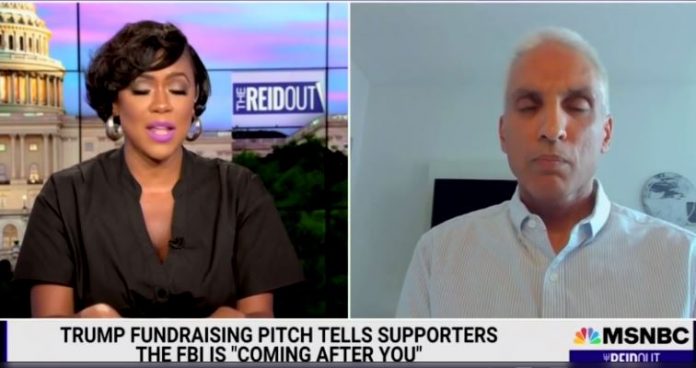 Now that the Inflation Reduction Act has given the left a little bit of their mojo back and given them a little more bounce in their step, they are back to clutching their pearls, wailing at the moon, and claiming that Republicans are some variant of actually Hitler.

One such liberal was MSNBC’s Tiffany Cross, who claimed recently on her show that the civil war is already underway because Republicans have been using social media to spread hate and that Fox News Channel, OAN, and Newsmax are propaganda outlets.

“And I agree with you, but it’s not really rhetoric you can deal with. You have millions of people tuning into a propaganda network every night. And then, as if that were not bad enough, that’s an extremist network itself, you have these fringe pop-up outlets from OAN to Newsmax, then you have the social media component.That train has left the station. There is no, ‘Let’s deal with the rhetoric.’ At this point, I do think we have to have serious conversations around preparing for actual violence.”

She further mentioned that we can look at what has happened just in the past week alone. There have been two people who declared was with FBI field offices. She said that at this point, no one will just pack their bags up and go home.

Remember that the MSNBC hack who said it was absurd to have to hear the perspectives of white people after the notorious Will Smith Chris Rock slap is the same one who is now clutching her pearls about the condition of American debate and how Americans are no longer united.

Since when are the Oscars a black-only family gathering with no white attendees? Aren’t these people usually whining about how white the Oscars are?

In any event, it reveals Tiffany Cross’ personality and sheds fresh insight on her remarks about the civil war. She is merely a leftist who hates white people and conservatism; she doesn’t desire harmony and peace.