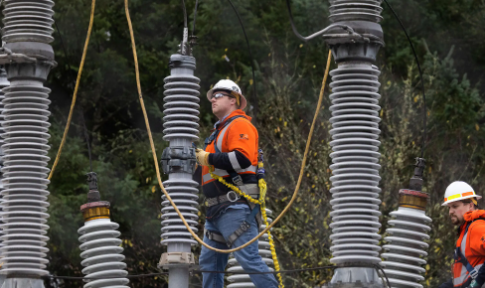 The damage to the loss of power at a Puget Sound Energy-controlled substation at 2:30 am on Sunday signaled the start of the vandalism. According to a business representative, some 7,700 clients lost power but had it back by 5 am.

At 5:30 a.m., Tacoma Public Utilities reported that one substation had been taken out of service by vandals; a second substation had done the same shortly after, according to the sheriff’s office. About 7,300 subscribers were impacted by the disruptions. Just before noon, the utility company turned on the lights for everyone but 2,700 subscribers.

In all three instances, someone broke into a gated area close to the substations and destroyed equipment, temporarily taking the substations out of service. It’s unclear how the equipment was harmed and whether the attack was planned.

Utility companies spent days earlier this month repairing a substation that had been shot and damaged in North Carolina, resulting in a significant power outage.

Despite ongoing investigations, there have been no arrests.

The vandalism occurs as federal officials issue a warning that domestic terrorism could target the electricity infrastructure. Extremists have been creating realistic, detailed plans to strike electrical infrastructure since at least 2020, according to a US Homeland Security assessment.