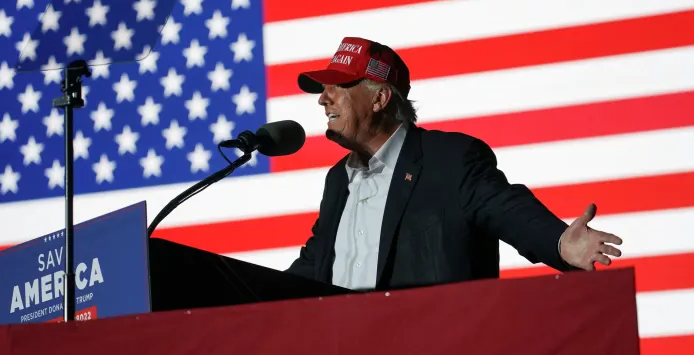 Former President Trump requested the Supreme Court to block a judge’s order that the IRS give years of his tax returns to the House Ways and Means Committee later this week.

“The request came on the heels of Trump losing his effort at the federal appeals court in Washington, D.C., to reverse that order,” CNBC stated.

“If the Supreme Court grants Trump’s application to delay the order, it could thwart the Democratic-controlled committee from receiving the returns for several more years — at the very least.”

Following next week’s midterm elections, Republicans are anticipated to take back control of the House of Representatives, according to the most recent polls.

If Republicans indeed regain the House, the witch-hunt for Trump’s tax returns is expected to end.

“This case raises important questions about the separation of powers that will affect every future President,” Trump’s lawyers said in their emergency application to Chief Justice John Roberts.

NOW: Donald Trump has asked the US Supreme Court to temporarily block a congressional committee from getting years of his tax returns as he challenges his lower court losses. More to come.