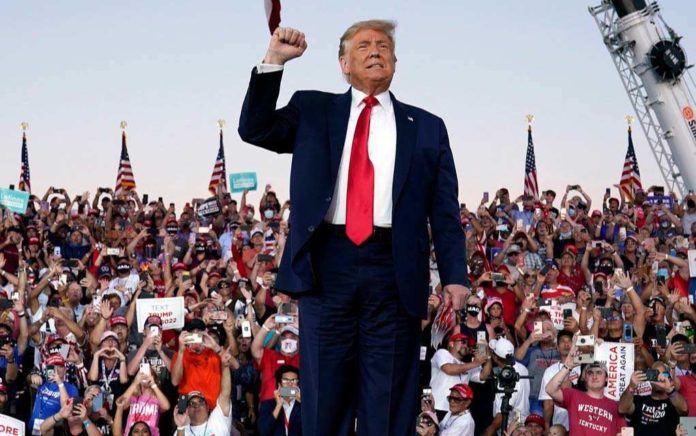 It’s hard for me to believe it’s been five months since Trump left the White House. Although he isn’t promising anything, the former president keeps hinting that he may run for office again in 2024.

But actions speak louder than words. Trump has spoken to many conservative groups over the past few months. Trump appears to be preparing for a return of his signature events, which were inspired by his campaign.

Trump will be traveling to Ohio and Florida in the last two weeks. Trump will be attending rallies in both the US with his rank-and-file supporters. Trump isn’t organizing these rallies for his own benefit, unlike 2016 and 2020. Trump is trying to help the GOP win the House and Senate in the 2022 midterm elections.

The Left doesn’t see it that way. Political prognosticators believe that the former president is staging rallies to enjoy the praise of his supporters and create trouble. It’s normal.

Trump’s Save America Political Action Committee said that the rallies were the former president’s first of many appearances to support candidates and causes that further the MAGA agenda and Trump’s achievements while he was at the White House.