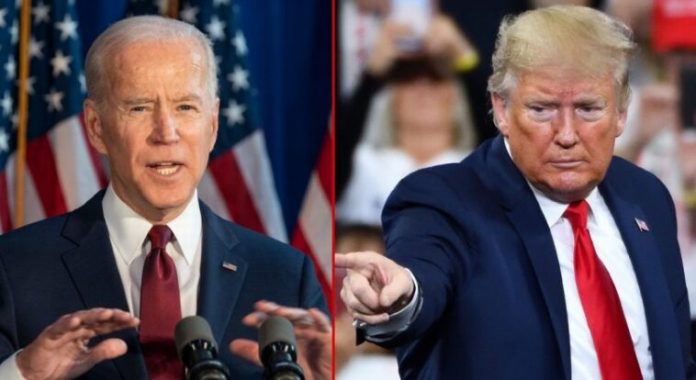 “Who are all of the people coming into our Country?” Trump said in a statement he released through his Save America PAC.

“In addition to the Southern Border, with millions of unvetted people pouring in, we now have tens of thousands of totally unvetted Afghans, who many say are not the ones that should have come in,” Trump said.

“How many terrorists are among them? How much money is this costing? With all of these developments, our Country is more unsafe now than ever before—and many Americans are still left behind!” the former president stated.

"How many terrorists are among them? How much money is this costing? With all of these developments, our Country is more unsafe now than ever before—and many Americans are still left behind!"

According to several reports, around 124,000 Afghan refugees have been evacuated by the Biden administration. Tens of thousands were taken to third-country stations, but thousands more were brought to the United States unvetted.

“Days after the Biden administration finished evacuating about 124,000 people from Afghanistan, it’s coming to grips with the reality that it doesn’t know who many of those people are,” Bloomberg News reported Saturday, adding that very few of them were on pre-approved “priority list” of Afghanis who assisted American forces at some point over the past 20 years.

“What’s emerging, according to government officials and advocates, is that a small percentage of the Afghan citizens who got out are the ones the U.S. pledged to place at the top of its priority list: the thousands who had worked for the U.S. and its allies as well as employees of nongovernmental groups and media organizations,” the outlet continued.

At the same time, roughly 23,000 Afghanis who were brought to the U.S. are considered “at risk,” according to State Department spokesman Ned Price, who spoke to reporters last week.

He continued to state that only 4,446 Americans had been evacuated from Afghanistan at the time. Around 2,800 permanent legal residents were also left behind. However, President Joe Biden has been severely criticized for not leaving behind hundreds of Americans and their Afghan allies in recent days.

“Some of those brave Afghans will be coming to make new lives with their families in America,” Defense Secretary Lloyd Austin said Wednesday about the processing of approximately 20,000 Afghanis at various U.S. military bases overseas.

While Austin and other Biden administration officials pledge to fully vet Afghanis before they arrive in the U.S.A., critics claim that this is not possible.

“Are we safer today than we were before 9/11? Absolutely not,” retired, decorated Homeland Security agent and author Eric Caron told Just the News.

“You know, our borders are wide open. And all we talk about right now is the southern border. No one’s paying attention to our northern border. And bad guys, as you know, and I know, will go where ever it’s soft,” he said in an interview published Friday.

“We’re not paying attention to our container ships that are coming into America,” Caron, who focused on port security and weapons of mass destruction when assigned to Dubai more than a decade ago, said.

“We have to understand our ports of entry, land ports, airports, seaports, they all need to be secure. We’re more vulnerable today than we have ever been, under this administration.”