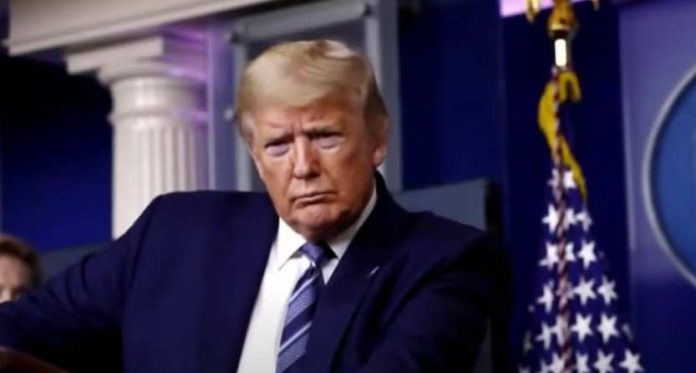 Donald Trump has been teasing a 2024 White House run, despite the complete failure of the Biden government for months. Trump, like many others, has had to watch the Biden disaster unfold as he took what was once great and destroyed it. Biden has made every effort to reverse or destroy any policy of the past administration and we have all suffered.

Yet, the former President was reluctant to reveal all of his 2024 plans. Now we know why.

Trump spoke out about his future political plans during an interview with Michael Savage on The Michael Savage Show. He said that “antiquated” campaign finance laws prevent him from making an announcement.

The typical interview question was asked: “Mr. Trump, do you plan on running agin in 2024?”

Trump’s answer surprised many Americans. Nobody thought of the restrictions in current campaign finance law and nobody believed they could make a private citizen suffer in this way.

“I can’t really because of campaign finance rules, regulations, very complicated, very stiff, and frankly very antiquated if you want to know the truth. It’s ridiculous,” he said.

Trump admitted that he still has high-level conservations regarding a 2024 campaign with campaign advisors, former staffers and GOP Congressional leaders.

“I will be talking about it and I think that people will be very happy,” he predicted.

Trump can use campaign funds to fund political activities but not for his presidential campaign, according to current campaign finance law. His fundraising organization, Save America PAC, has raised more than $85 million in donations and this figure is expected to rise as we get closer to 2022.

The former President pledged to continue to use his money to support Republican candidates, as long as he does not announce his candidacy to be president.

“If we had leadership, this party would be amazing, but Mitch is not a good leader, he’s just a survivor,” he said.

Recently Trump sat down with Fox News host Sean Hannity to discuss the possibility of a 2024 run.

HANNITY: "Have you made up your mind?"

Meanwhile, Republican voters are hoping to see Mr. Trump on the top of the ticket. Some have even speculated that he may start to run in 2022 with a wild theory that he could run for House Speaker. If successful, Trump could oust Pelosi, begin criminal investigations into president Biden and vice president Harris, and emerge as the next POTUS before the end of Sleepy Joe’s first term.