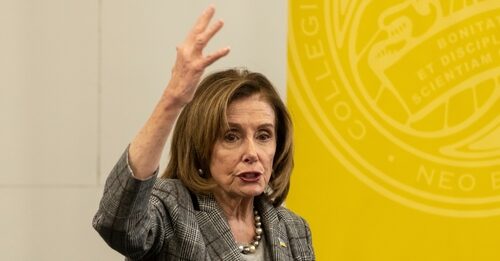 Joe Biden has adopted a casual approach toward China since becoming office.

The president hasn’t held back on his drive for the use of electric vehicles in America, which would directly benefit China, or on his decision to transfer emergency US oil reserves to the communist country.

Many Americans are concerned that the communist government may eventually compromise the president. Over the years, particularly when he served as vice president, Biden and members of his family have consistently conducted business with Chinese companies.

This raises doubts about the possibility of direct Chinese influence over the president. Even Democrats are now pleading with the president to set clear boundaries with regard to China.

Speaker of the House Nancy Pelosi, Senate Majority Leader Chuck Schumer, and other legislators on both sides of the aisle urge the president to take action as China amasses many assets in the United States.

Therefore, Biden is being asked to issue an executive order expressly prohibiting the Chinese from investing close to certain American military installations.

Bills that would prevent the Chinese communist dictatorship from making investments in the United States that endanger national security have the support of both congressional Democratic leaders.

The president has not yet taken action and shown that he is serious about defending America’s interests against China. The Chinese government, meanwhile, isn’t acting with quite the same good faith toward the US.

Many Americans are concerned that Biden has been bought and paid for by the Chinese due to his persistent inability to establish a clear line in the sand.

As of now, it’s widely known that Biden and his family received millions from China, a country that has been accused of attempting to influence a number of US lawmakers.

The only other person who wants to force Americans to buy electric vehicles more than Pres. Biden is Pres. Xi and his Chinese Communist party.

In the end, there is a risk to national security if the present president is unable or unwilling to put the interests of the United States above those of China. It also prompts severe concerns about other members of the federal administration who could unwittingly have ties to China.