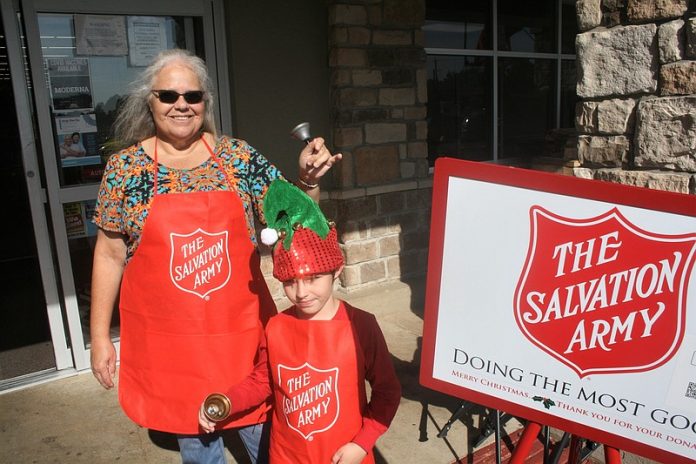 The official start of the holiday season and time-honored Yuletide traditions has been marked by Santa’s appearance on Thursday at the Macy’s Thanksgiving Day Parade 97th Annual.

Many of us will take a trip to our favorite mall at one point or another, whether it’s for Christmas gift shopping online or something else. If you live in a large city, chances are you will see Salvation Army volunteers dressed in classic midnight blue uniforms, ringing the bells for the annual Red Kettle Campaign.

The Christian charity was founded in London, 1865. It eventually moved across the pond and became an integral part of American Yuletide.

In recent years, however, the charity has undergone some major changes. Most recently, it adopted a new directive from WOKE entitled, Let’s talk about… Racism.

The Salvation Army has become a political Christian charity that is tasked with helping the poor and disadvantaged. They are now an racist political organization that degrades individuals based upon their skin color. It is quite the transformation.

The International Social Justice Commission of the Salvation Army approved the new directive earlier in the year. It aligns itself with the Black Lives Matter ideology and the critical race theory movement. This suggests that all white people are fundamentally racial.

The directive defines structural racism as “the overarching system of racial biasing across institutions and society,” the guide declares: “These systems give privileges to white people resulting in disadvantages to People of Color.”

Volunteers from Salvation Army were instructed to casually talk with potential donors about systemic racism. This subtly implied that white people are privileged and should be sorry for being white.

It is extremely unfortunate to see the @SalvationArmyUS get sucked into the disaster of Critical Race Theory & woke politics. Those cancers know no bounds. “This holiday season the Salvation Army wants a donation — and a 'sincere apology' for white racism” https://t.co/kxJ43iZvYl

This is a good opportunity to mention that between 2014-2021, the Salvation Army received about $10 million from federal agencies for support of adult probationers, parolees, and supervised releases in the District of Columbia. The federal agency’s mission “supports the fair administration of justice, in close collaboration with the community.”

The Salvation Army received $100,000 more in federal emergency funding last year at the peak of the pandemic. This made for a very cozy relationship.

The guide outlines various types of discussions chapter leaders can have about racism and how to operate in an actively anti-racist fashion. “Being anti-racist results from a conscious decision to make frequent, consistent, equitable choices daily,” according to the nearly 50-page document. “These choices require ongoing self-awareness and self-reflection as we move through life. In the absence of making anti-racist choices, we (un) consciously uphold aspects of White supremacy, White-dominant culture, and unequal institutions and society. Being racist or anti-racist is not about who you are; it is about what you do.”

The most troubling aspect of this once-honorable Christian charity is its blatant and obvious reverse racism. The WOKE mob has taken over this once-famous Yuletide charity and it may not be an organization for all humanity again.