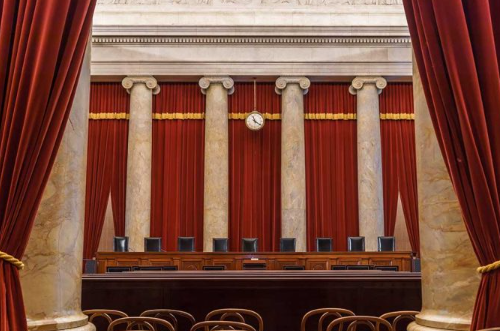 The fiercely disputed 2020 presidential election continues to be the subject of controversy. The legal team for former president Donald Trump and a number of election monitoring organizations unsuccessfully asked the lower courts to examine or invalidate the results. The courts, nevertheless, disallowed the plaintiffs’ day in court, citing several legal irregularities. A historic case from Colorado has now been dismissed by the US Supreme Court.

In Kevin O’Rourke et al. v. Dominion Voting Systems, Inc., et al., the Supreme Court denied the petition for a writ of certiorari on December 5, efficaciously refuting the case and putting an end to further proceedings in the lower courts.

On behalf of himself and seven other people, lead plaintiff Kevin O’Rourke filed the lawsuit in the US District Court for Colorado. In accordance with Title 42 US Code 1983, the petition alleged that Dominion, Facebook, the Center for Tech and Civic Life, and various public officials, acting in their individual capacities, had denied the petitioners their right to vote for president, equal protection under the law, freedom of speech, and due process of law.

Since 1983 only applies to governmental bodies, the plaintiffs voluntarily dropped their claims against state officials, and the District Court dismissed the lawsuit in April 2021 for lack of standing. The defendants’ applications for penalties were likewise approved by the Court in August 2021.

The 10th Circuit Court of Appeals confirmed the lower court’s verdict in May 2022 and dismissed the petitioners’ move for a rehearing the following month. The petitioners must additionally pay the defendants $186,922.50 in penalty, according to the panel’s further ruling.

The Supreme Court did not remark or make any mention of how many justices may have voted to hear the case when it released its ruling.