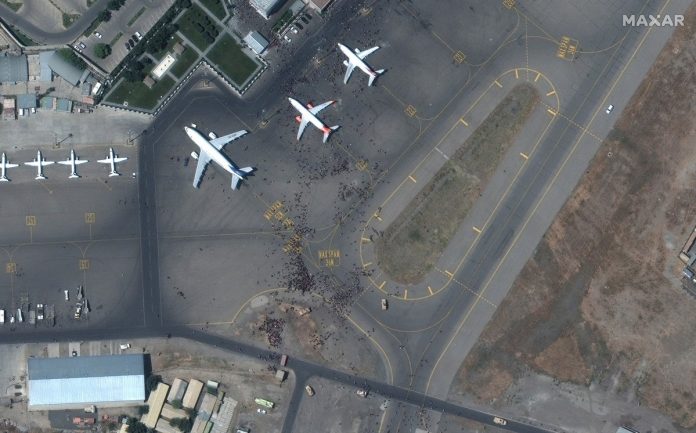 According to reports, several planes that were chartered to evacuate hundreds fleeing Afghanistan were prevented from departing an airport in northern Afghanistan.

Unnamed Afghan officials at Mazar-i-Sharif’s airport said that the passengers would be Afghans. Many of them did not have visas or passports and were therefore unable to travel outside the country. They had already left the airport until the situation was resolved, he said.

On Sunday, Rep. Michael McCaul, R-Texas, also referred to planes unable to take off, saying six were being held back by the Taliban “holding them hostage for demands.”

“My concern is they are going to demand more and more, whether it be cash or legitimacy as the government of Afghanistan,” he told Fox News Sunday.

“This is really turning into a hostage situation where they are not going to allow American citizens to leave until they get full recognition from the United States of America,” he said.

According to the AP, a Afghan official stated that four planes were not allowed to depart and that passengers were staying in hotels while authorities looked into whether they could leave the country. He said that many people didn’t have the proper travel papers.

Mazar-i-Sharif residents also claimed that the passengers weren’t at the airport. They said that at least 10 families were waiting in a hotel to find out their fates. According to the AP, none of the families had passports or visas. However, they claimed that they had worked for companies allied to the United States and German military. Others were also seen in restaurants.

According to an unnamed U.S. official, the State Department does not have reliable information on charter flights. This includes whether American citizens are on them.

The official stated that the department would hold the Taliban accountable for their promises to allow people to travel freely.

Only recently, the small airport at Mazar-i-Sharif began handling international flights. Until now, it was limited to Turkish flights. According to the Afghan official, the planes were headed for Doha, Qatar. It wasn’t clear who chartered them, nor why they were in northern cities.

According to the AP, the massive airlift that occurred in the aftermath of the U.S. military withdrawl took place at Kabul’s international Airport. Although initially closed, domestic flights have resumed.