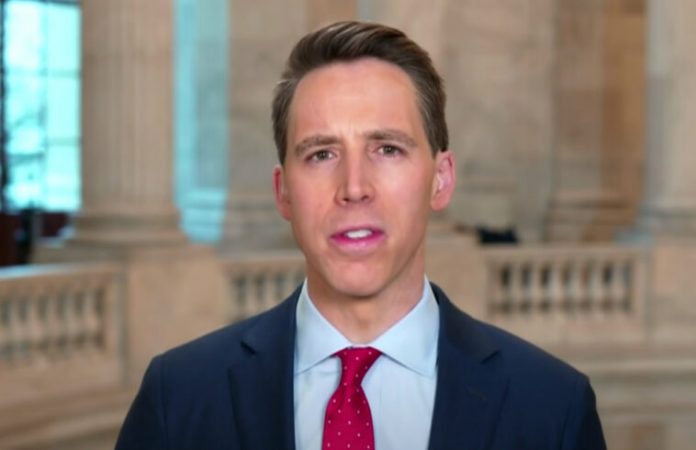 One Republican lawmaker is working to make America safer, despite Democrats trying to defund police.

Missouri Republican Senator Josh Hawley announced Wednesday that he had made a great move to hire 100,000 police officers to keep Americans safe.

Hawley stated in a news release that American families aren’t safe but that they should be. They can be, if they will just act.

“Senator Josh Hawley (Republican from Missouri) spoke ahead of President Biden’s Wednesday address about the spike in crime across America. Hawley stated that he had created his own legislative agenda to create 100,000 police officers, increase police morale and keep American families safe.

“Communities and law enforcement officers are being threatened by violent crime that continues to plague the country. Homicides in American cities are on the rise and violent crime is at its highest level for generations. He said that police departments are currently facing budget cuts of millions of dollars, violence against officers is on the rise nationwide, and low morale is making it difficult for departments to recruit new officers.”

“American families aren’t safe but they deserve to be. They can be, if they will just act. It is not the right time to defund or to vilify the police, but to support brave men and women wearing blue and to put more on the streets. He said, “It is urgent.”

Violent crime is surging across the country. Our families need protection. Our cops need support. We should raise officers’ pay and put 100,000 new cops on the beat

Here are some key points from Hawley’s news release:

Despite Democrats trying to defund police, Americans will appreciate Hawley’s efforts to ensure safety in communities across the country.