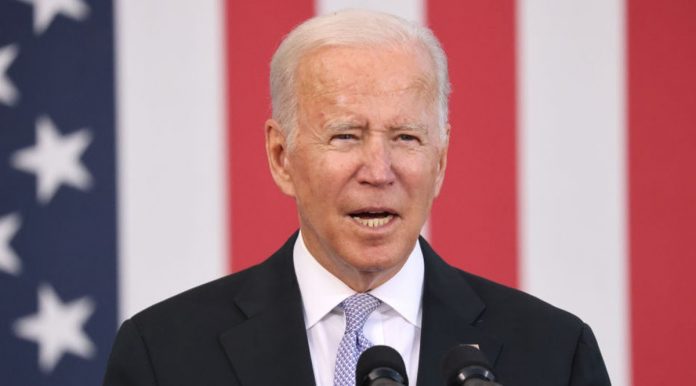 An unreported memo from the Director for Civil Rights in the Biden Administration’s Health and Human Services Department suggests that the Biden administration is keen to reduce religious freedoms.

A draft memo from Lisa Pino (Director of the Office for Civil Rights) to Secretary of Health and Human Services Xavier Becerra, she describes the Trump administration’s 2017 delegation to the Office of Civil Rights to prevent religious liberty violations.

Prior to the delegation in 2017, no division was singularly responsible for the Department’s compliance with RFRA (Religious Freedom Restoration Act) or the First Amendment. … That model recognized that all components of HHS had a responsibility for compliance and that OGC [Office of General Counsel] was a central partner in providing key legal advice on RFRA and defending the Department when RFRA claims were raised. Rescinding the delegation to OCR does not lessen the commitment of the Department to compliance, but ensures that it is not misused by any one agency to enact a broad, proactive agenda.

HHS granted OCR authority to review RFRA compliance and “initiate any other actions that may be necessary in order to facilitate and assure compliance with RFRA,” Fox News stated.

Pino’s memo also states, “While nothing in RFRA legally restricts an agency to work proactively to address a complainant’s (or ‘would be’ complainant’s) religious needs or rights, there is a serious concern that such an approach broadens the effect of RFRA in a way that may not be legally required and while causing significant detriment to civil rights and public health protections.”

The memo continues: “The prior Administration took an expansive view of the use of RFRA that resulted in negative impacts for underserved communities. … broad-based exemptions from nondiscrimination requirements to child welfare agencies challenges the ability of children and youth to obtain safe and loving foster and adoptive homes. … It also clearly sent the signal to LGBTQ+ communities that the Department did not recognize their civil rights, including the right to marry.”

The memo snaps, “While the Department will need to continue to comply with RFRA, removing this delegation demonstrates our belief that RFRA is meant to be a shield to protect the freedom of religion, not a sword to impose religious beliefs on others without regard for third party harms, including civil rights.”

Roger Severino, the former director of the Office of Civil Rights in the Trump administration, stated on Tuesday, “HHS centralized authority over religious freedom claims because the laws weren’t being enforced and because that’s how we enforce every other civil right. Without dedicated staff responsible for investigating religious freedom complaints, HHS will return to trampling people’s rights as before — just ask the Little Sisters of the Poor. … Because Becerra was twice found to have violated conscience protection laws by OCR, he has no business deciding its religious freedom authorities given his massive conflict of interest. …Becerra told Congress that he values religious freedom and that nothing will change with OCR concerning enforcement. His actions since then prove that he lied and this move would put an exclamation point on his anti-religious hostility.”