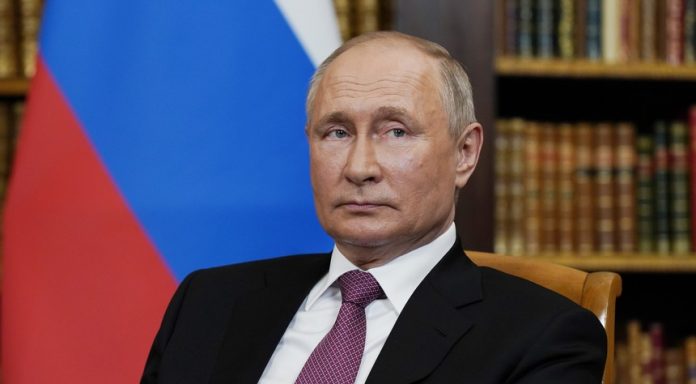 On Thursday, Russian President Vladimir Putin conducted his annual news conference at the Kremlin, where he said he was looking forward to discussions with the West, which are due to begin in January, but asked that the talks deliver results quickly.

“It’s you who must give us guarantees and give them immediately, now, and not have idle talk about it for decades.” Putin said when asked whether he could provide a guarantee that Russia would not attack Ukraine.

According to Fox News: Last week, Moscow presented preliminary paperwork urging that Ukraine and other former Soviet republics be denied NATO membership and that the alliance’s military deployments in Central and Eastern Europe be reduced. The NATO alliance’s core tenet is that membership is accessible to any country that meets certain criteria.

Putin insisted that it is the US who brought missiles to Russia so it is just fitting that they protect their land and set up offensive systems.

The US and its allies have stated that they would not provide Russia with the type of guarantees that Putin seeks in Ukraine. In preparation of the Geneva meetings, American officials are engaging with European allies.

During his news conference, Russian President Vladimir Putin charged that the West had deceived and flagrantly fleeced Moscow by promising not to expand NATO’s presence east in the 1990s and then expanding to include former Soviet bloc countries in Central and Eastern Europe, as well as ex-Soviet republics in the Baltics.

NATO cannot enable Putin to decide who can and cannot join the alliance. If NATO does not reach an agreement right soon, it may as well close its Brussels facilities.

NATO, on the other hand, is not willing to go to war to preserve Ukraine. The challenge for Biden is to keep Putin guessing about whether he will or will not do so. So far, Putin has been able to accomplish most of his goals without causing carnage.