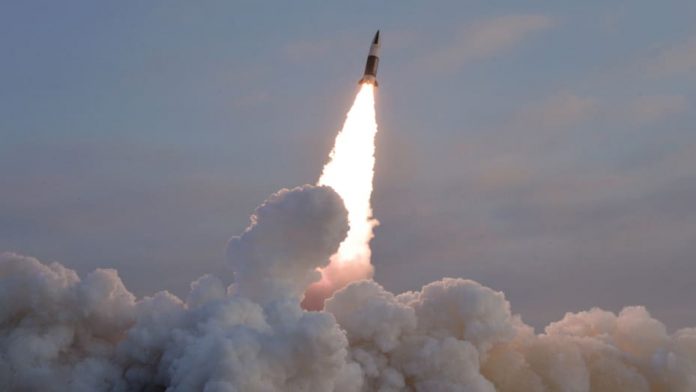 Kim Jong-un, the Supreme Leader of North Korea, must be feeling left out of the international response to Russia’s invasion of Ukraine.

At 8:48 a.m., a suspected missile launch was detected. It’s the ninth launch of the year, according to local time.

If the missile launch had place, it would have happened four days before South Korea’s presidential election, and it was unclear what message Jong-un planned to send with the provocation.

Yoon Seok-youl, a conservative, and Lee Jae-myung, a more moderate Democratic Party candidate, are in a tight fight that has been deadlocked or within the margin of error in recent polls.

Voters are most concerned about economic difficulties, notably housing, but they are also concerned about North Korea’s quietly escalating aggressions, and there is a strong anti-China feeling in the public sphere.

Jong-un may be concerned that if Yoon is elected, he may adopt a tougher stance against North Korea in the future.

As talks with the US remained delayed, Jong-un publicly abandoned all restraint in his missile launches in January.

He claimed in January that he had tested a hypersonic missile, the first known anywhere and a sort of missile that the US does not currently possess, but the US could not confirm that he had done so or that he possessed such a weapon.

He also claims to have long-range missiles that can reach US military stations in Japan and Guam. The US and South Korea acknowledged a missile launch on Jan. 30 that did reach the waters near Japan.

Problems with North Korea are the last thing the United States and the rest of the world need in the wake of Russia’s invasion of Ukraine and the resulting destabilization of global relations. Whether Jong-un wants to receive his share of global attention or is seizing an opportunity while the world’s focus is diverted elsewhere to try to gain progress against its southern adversary, it’s a situation the US will have to keep a close eye on.