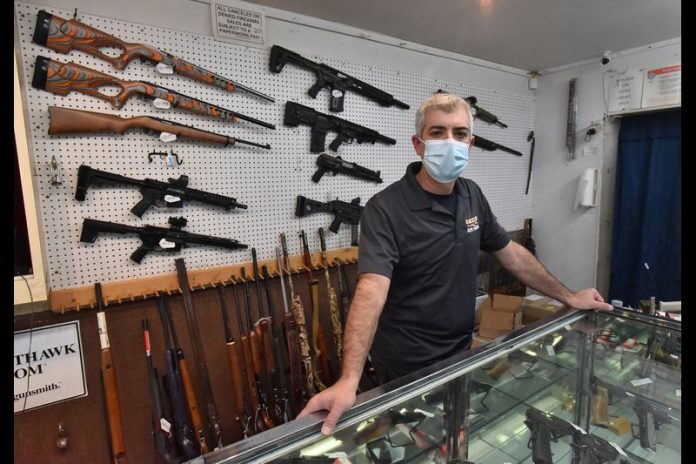 “Industry officials said that June sales were the second-highest ever for the month, at about 1.3 million. Only June 2020 had a higher number for that month, at 2,177,586,” the Washington Examiner reported. “FBI background checks are also rolling to new highs. Through just the first six months of the year, they are already higher than for all of 2014, indicating that 2021 will see a new high of over 40 million.”

Mark Oliva, the spokesperson for the National Shooting Sports Foundation, stated that June 2021 was the second-highest June ever recorded.

Oliva reviewed the June sales and made it a point of noting that Biden’s nomination as a gun control advocate for Alcohol, Tobacco, Firearms, and Explosives had helped to spark the historic sales.

“It cannot be discounted that the continued elevated level of increased firearm purchases is driven, in part, by the gun control overtures by the Biden administration. As we head into Independence Day, Americans are exercising their right to keep and bear arms in record numbers even as the Biden administration is throwing up roadblocks to keep that from happening.

These factors continue to drive the elevated levels of gun sales: the nomination of David Chipman, a gun control lobbyist to run the Bureau of Alcohol, Tobacco, Firearms and Explosives (ATF), the proposed rules to reclassify firearm receivers as well as pistols equipped with stabilizing arm braces under the National Firearms Act, and repeated calls to repeal the Protection of Lawful Commerce in Arms Act (PLCAA).

The Biden administration is determined to use every lever within reach to stifle and disrupt the free exercise of Second Amendment rights which begin with the ability of citizens who obey the law to freely approach the gun counter.”

Smith & Wesson reported their best-ever sales year in 2020, with net sales of over $1.1 billion. This is despite Biden’s increased gun control stance.

The Reload reports that Smith & Wesson sales increased by more than 100 percent over 2019. Smith & Wesson wasn’t the only firearms manufacturer that saw record revenues in 2020.

Ruger reported an almost 50% increase in net sales in the first quarter of 2021. Vista Outdoor and Olin Company ammo producers have reported “about a quadruple increase in stock prices over this past year,” The Reload reported.