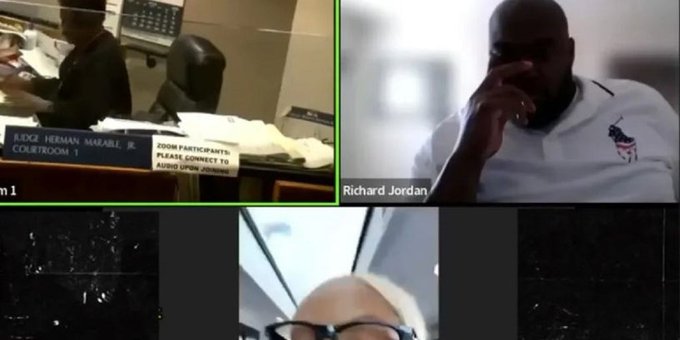 During a recent virtual court session concerning the case, a Michigan woman who is suing the man who dumped her for $10,000 got into an argument with the judge.

QaShontae Short, sued Richard Jordan for the 2020 no-show date. Because the occasion coincided with her late mother’s birthday, she said it caused her tremendous hardship.

Jordan was asked if he would be defending himself during a recent 10-minute court appearance in Flint, Michigan, via Zoom, by Judge Herman Marable Jr.

Short’s argument with the judge caused the hearing to change course.

“If he responds and his response is a lie, then it’s perjury, and my documents would prove it’s a lie,” Short suddenly shouted.

“No, no, no… do you understand what perjury is?” Marable said in a response.

According to the news story, she then realized she had filed the petition in the incorrect court.

“The bottom line is, you said it’s a criminal offense, so I will send it to circuit court. Are we done here?” Short kept asking.

The district court dismissed the lawsuit.