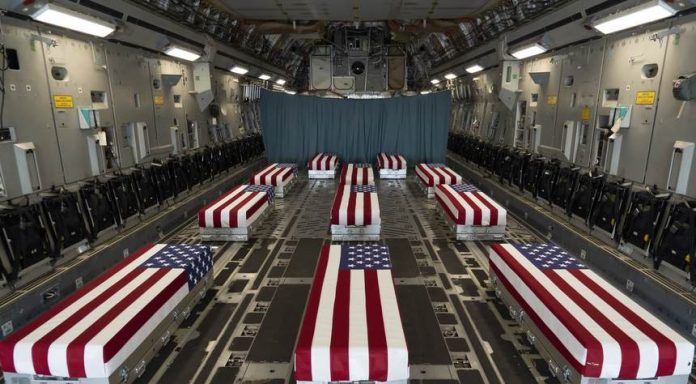 Although the Biden administration has been guilty of so many missteps in the last month, it has been kept off the front page. However, Americans remain stranded at the Afghan border. This is due to a disastrous withdrawal that left 13 Americans dead and countless amounts of taxpayer money promised the Taliban.

Enter Marine Lt. Col. Stuart Scheller. You might remember him as the Marine Lt. Col. Stuart Scheller, who voiced out against the incompetence displayed and demanded accountability from the military leadership. His plea went viral, triggering a discussion about the double standards of the military, where Pentagon darlings can do almost anything without any consequences.

There’s a twist to this story. Scheller was apparently taken in the brig and placed in pre-trial custody.

“All our son did is ask the questions that everybody was asking themselves, but they were too scared to speak out loud,” said Stu Scheller Sr. “He was asking for accountability. In fact, I think he even asked for an apology that we made mistakes, but they couldn’t do that, which is mind-blowing.”

He said that his son is expected to appear before a military hearing on Thursday.

“They had a gag order on him and asked him not to speak,” the senior Scheller said. “He did, and they incarcerated him. They don’t know what to do with him.”

After this story was first published, the Marine Corps issued a statement confirming that Scheller has been sent to the brig.

My reaction to this is complicated. It is essential to have a chain and guardrails for military personnel. Combat effectiveness is dependent on discipline and cohesion. You can’t have political arguments breaking out, no matter how detestable and unqualified the president or military leadership may be.

However, sometimes doing the right thing requires someone to be brave enough to admit that they will suffer the consequences. Scheller’s words were unquestionably correct. The US military leadership’s behavior, including those who made decisions regarding Afghanistan withdrawal, was both political and catastrophic. It is disgraceful that seven children can be droned to make Joe Biden look good and not one person is disciplined. It is shameful that 13 Americans were killed for allowing the Pentagon to outsource security to the Taliban.

Although I don’t know what Scheller will do next, I do know that he spoke on behalf of many people in the military and civilian population when he highlighted how corrupt the Pentagon has become and the top echelons within the military. The fact that he is being railroaded will only increase distrust among the ranks and file. It’s also perfectly in line with Scheller’s original point. This could all have been avoided if 13 Americans had died. However, the president of the United States is surrounded by cowards.