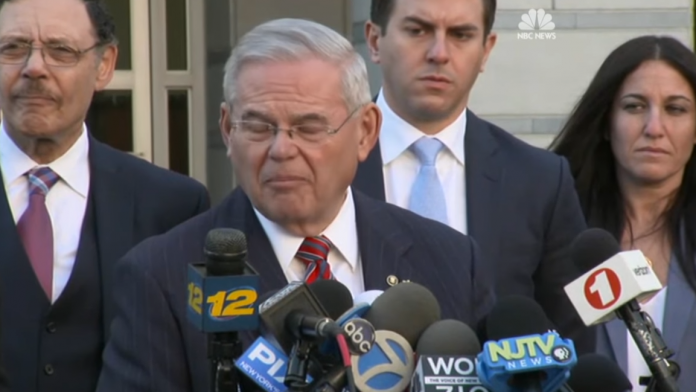 You’ll probably find the identity of the other significant Democrat under criminal investigation by the DOJ interesting.

Sen. Bob Menendez of New Jersey, the powerful chair of the Senate’s Foreign Relations Committee, is the subject of the FBI’s second inquiry in the past ten years. He was charged with a bribery plot back in 2015. Menendez allegedly received opulent trips and private jet travel in return for assistance with government contracts. But in 2017, after the jury was deadlocked and a mistrial was ruled, justice was postponed.

According to Kadia Goba of Buzzfeed News, the DOJ is now once more looking into Menendez, and a criminal investigation is currently active.

Recently, according to the sources, Menendez’s associates have been contacted by prosecutors in the Southern District of New York. According to an individual involved in the investigation, they have sent at least one subpoena in the case.

What Menendez is being targeted for this time around is currently unknown. You might remember that the senator was linked to charges of a ring trafficking in minors for prostitution back in 2013. Though that is just my conjecture, it’s plausible that this has something to do with it. Menendez, the politician who is blatantly dishonest, is just as likely to be charged with yet another bribery plot.

Menendez recently made an effort to place the responsibility for the country’s energy problems on Saudi Arabia while disregarding Joe Biden’s crushing of the market and the horrible policies from the Democrat Party that have resulted in the present high prices. You can see what kind of partisan he is from that. He is the stereotypical sleazy politician from the Northeast, full of himself and feeling untouchable.