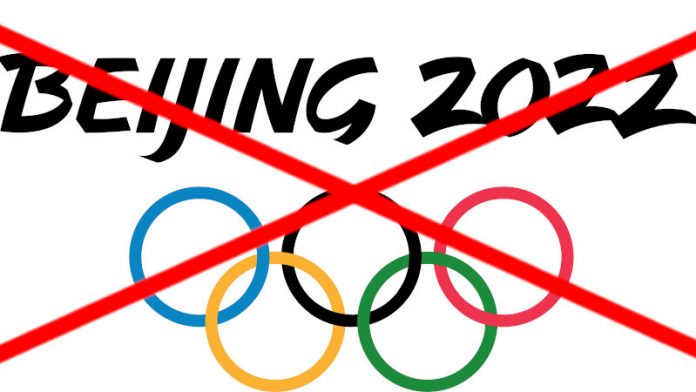 Sen. Marco Rubio, R-Fla., and Rep. Chris Smith, R-N.J., the top-ranking Republicans on the Congressional-Executive Commission on China, sent a letter Thursday to the International Olympic Committee, calling for the organization to postpone the 2022 Olympic Games in Beijing, and to ban the team from that country from participating due to reports of genocide by the Chinese government.

”Taking a stand against genocide is a moral decision, not a political one, and no exemption exists for the IOC when it comes to responsibility for moral decisions,” the lawmakers wrote in the letter. ”Moral neutrality is a contradiction in terms. What is being asked of you is to refuse to dignify the PRC authorities with the honor of hosting the Olympics Games in their capital when those same authorities are actively carrying out a genocide.”

A BBC story dated June shows that the Uyghurs are estimated to have around 12 million people, and they are mostly Muslim.

They speak a different language, but they make up less than half the population of the region.

Reports claim that Uyghurs have been arrested and taken to ”reeducation” camps, where they are abused or raped by the Chinese government.

The games are set to open in four months. Sponsors have reacted negatively to the IOC’s inaction in preventing the Chinese from committing atrocities.

Rubio and Smith disputed that statement in a letter.

“If those types of misconduct are grounds for banning a team from the Olympics, surely genocide more than warrants the same response.”