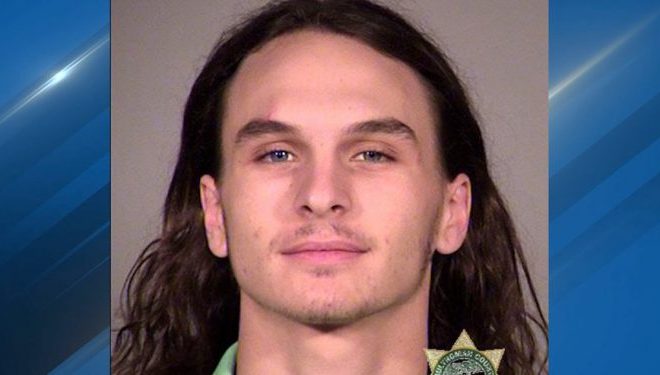 An Antifa terrorist by the name of Cyan Waters Bass (Named after a Crayola crayon?) was convicted for setting fire to the Justice Center and throwing a firebomb at officers during a riot. For his actions in the Antifa riot in Portland, he has been sentenced to four years imprisonment. He must be shocked after seeing how many other rioters were able to get away with their crimes.

Portland antifa member Cyan Waters Bass has been convicted & sentenced to 4 years in prison for throwing a firebomb at police & setting the Justice Center on fire at a riot. He’s one of the very few rioters sentenced to jail time. https://t.co/9z8TvfZncF

Police found white marbles, a clear glass of an unknown liquid, and two lighters in his possession when he was taken into custody. These are the usual things that you’d expect to find in a peaceful protestor right?

Bass was using the slingshot, the marbles, and the stones to smash out the windows in the Justice Center. This building houses a precinct and government buildings. He ran away, but couldn’t resist the urge to pull a Molotov cocktail towards the officers. It was not the smartest thing to do, but no one has ever accused Antifa members of being too educated. He will have ample time to decide what he should do for the next four years.