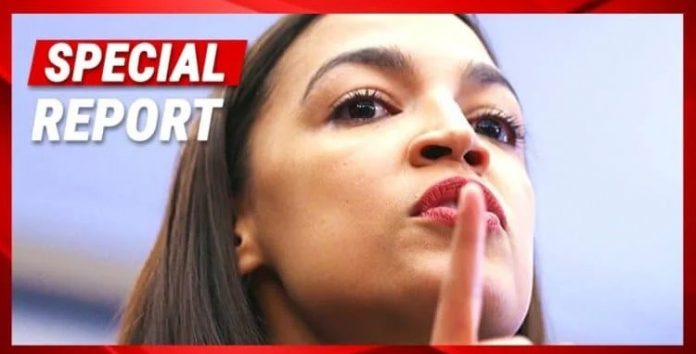 In 2018, an upstart, known as “AOC”, manipulated voters by promising to “abolish ICE”.

The uninformed, incompetent, and uneducated Democrat didn’t have the power to abolish the agency that protects our immigration laws.

However, things are changing. Democrats in Congress are working hard to pass every radical plan possible with Sleepy Joe at its helm.

AOC and other left-wing activists have found a way to destroy ICE with the help of the budget.

The House Appropriations Committee last week approved a plan to substantively make over the portion of ICE that deals with illegal immigration, known as Enforcement and Removal Operations (ERO), along with changes to how federal law enforcement officers would handle migrants…

“With the new budget, what they’re doing right now is they’re tearing ICE apart. The end game is tearing it up piece by piece,” said Tom Homan…

The House Democrats want to defund and restructure ICE. They want to defund ICE and take away the money it requires to enforce immigration laws and deport criminals.

Reports indicate that they also want to “remake the agency” so it is no longer able to perform its duties.

Is this surprising? Democrats have been trying to weaken our immigration laws for years. They want to make it easier for people who wish to enter the country to do so.

They appeal to border-jumpers, letting them go and refusing to deport them. They are eligible for welfare and jobs in many states.

These non-Americans have the potential to influence crucial elections. Why is it that Democrats oppose voter ID laws and integrity laws?

This is the next step towards making America the world’s best floor mat. They plan to bring as many foreigners into the country as possible, so they can manipulate them for votes.

The added bonus is reshaping America’s identity, with people who refuse to embrace our values and traditions.

The only silver lining is that the fate of this bill falls in the Senate, which might not pass it. Plus, anything that’s taken away from ICE can be restored—when a new administration takes over.