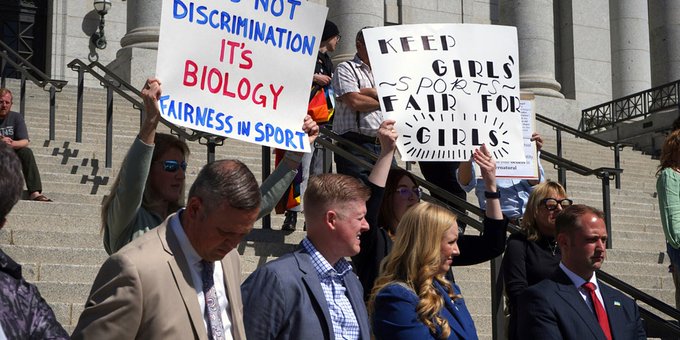 As the new school year gets underway, transgender girls in Utah will be permitted to play in girls’ sports after a court on Friday overturned a prohibition awaiting legal objections from parents.

Transgender females will now be brought before a commission that will decide whether their participation threatens fairness on an individual basis rather than being outright banned. The panel was established by Utah’s Republican lawmakers in a bill approved earlier this year as a backup strategy to be used in the event that the law were to be declared unconstitutional.

The panel will be permitted by the statute to inquire about and evaluate the child’s height and weight when determining whether a transgender girl would have an unfair advantage.

Politically appointed professionals from the fields of athletics and medicine will be on the commission, which is scheduled to meet in the upcoming weeks.

Advocates for transgender student-athletes expressed concern that having their bodies measured would make them feel targeted, and supporters of an absolute ban complained that the commission didn’t go far enough.

While the court considers the legal argument against the outright prohibition, the commission is scheduled to go into force. Legislative leaders stated that although members have not yet been appointed, they will in the upcoming weeks.

Only one transgender girl participated in their leagues last year, according to the state organization that oversees more than 80,000 high school athletes. Given that school sports have already begun, it is unclear how many cases will be heard by the commission and when its decisions will become enforceable.

Utah’s decision was the most recent legal development in a national discussion on how to handle the major problem.

On the grounds that it offers them an unfair competitive edge, at least 12 Republican-led states, including Utah, have passed legislation outlawing transgender women or girls from participating in sports.

Advocates for transgender rights argue that the regulations are not simply for sports but also serve as a vehicle for demeaning and harassing transgender children. States like Idaho, West Virginia, and Indiana are currently dealing with similar situations.

Judge Keith Kelly of the state of Utah halted the prohibition after hearing arguments from the families of three transgender student-athletes who had been singled out for negative treatment because they were transgender girls.