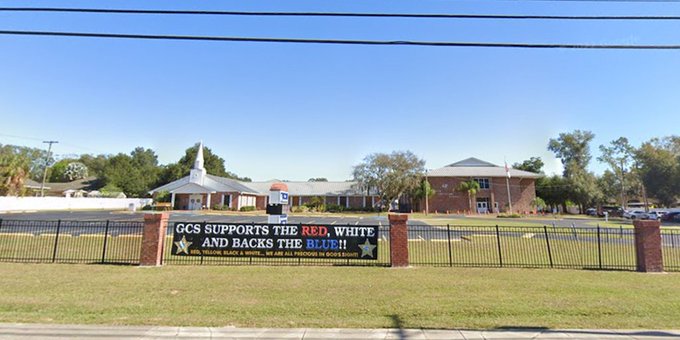 Before the start of the new school year, a private Christian school in Florida informed parents that kids would only be identified by their biological sex and that any transgender or LGBT behavior would result in immediate expulsion.

Barry McKeen, the administrator at Grace Christian School, wrote the following email to the student body in June, “We believe that God created mankind in His image: male (man) and female (woman), sexually different but with equal dignity. Therefore, one’s biological sex must be affirmed and no attempts should be made to physically change, alter, or disagree with one’s biological gender — including, but not limited to, elective sex reassignment, transvestite, transgender, or non-binary gender fluid acts of conduct (Genesis 1:26-28). Students in school will be referred to by the gender on their birth certificate and be referenced in name in the same fashion.”

Less than 20 miles outside of Tampa, Florida, in Valrico, is where you’ll find the private Christian school. On June 6, an email with the subject line “Important School Policy Point of Emphasis. Please Read” was issued to parents.

Although the policies on homosexual and transgender issues are not brand-new, the email to parents makes clear that they must accept them before their children may enroll in school in August.

A mother claimed that after receiving the email, she withdrew her lesbian high school daughter from the institution.

According to what she has read, the unnamed mother claimed that although the regulation was previously unknown to her, it is not a new one. Although she admitted to having sent all of her kids to Grace Christian, she would not re-enroll her youngest daughter for her junior year.

According to its website, Grace Christian describes itself as a Christ-centered, college-preparatory school that accepts students in Kindergarten through grade 12 from the Greater Tampa Bay area. Members of the independent Bible church Grace Community Church launched the school in 1975.