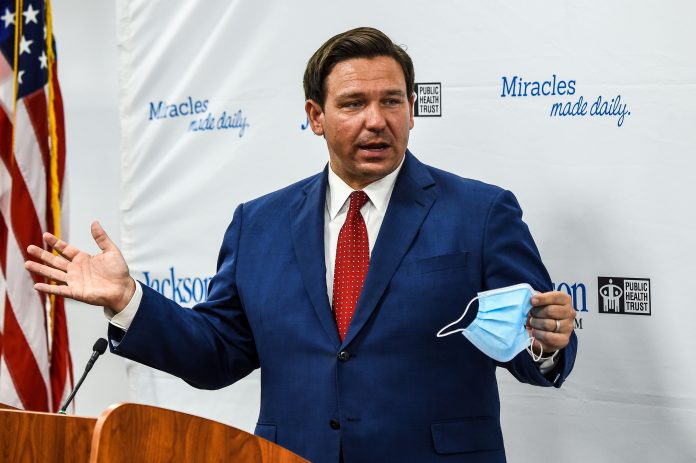 Florida Gov. Ron DeSantis requested a judge to dismiss a lawsuit brought by parents challenging his ban of strict mask mandates in schools. He argued that the court does not have jurisdiction over the matter.

Parents who are disgruntled and fear being around non-masked, unvaccinated people don’t have the right to sue. DeSantis claimed that the executive order raises legal rather than political questions in a motion for dismissal filed Monday in Tallahassee state court, Florida.

“The governor, as the public official duly elected by the majority of the citizens of the state of Florida, was entrusted with the sole authority to make such statewide policy determinations — not the parent plaintiffs, and not a court,” a lawyer for DeSantis said in the filing.

DeSantis is a Republican who has been seen as a potential successor to Donald Trump. He has taken a controversial stand on mask rules as schools reopen and the highly contagious Delta variant is sickening thousands in Florida. A total of 203 people per day die in Florida from confirmed or suspected COVID. This is the same as its November peak.

“With data showing a ten-fold increase in COVID-19 infections at schools over same time last year, we remain committed to the safety of all those in schools,” Charles Gallagher, the parents’ lawyer, said in an email.

DeSantis claimed in the filing that his executive orders and the state health department rule allowing parents and students to opt out of any student mask mandates were “implemented after balancing legitimate state interests of school safety with parental rights.”

Florida’s second circuit judge John C. Cooper said last week that he would hear arguments on August 19 and then rule on the state’s motion for dismissal. Cooper stated that he would allow the case to continue if he allowed it. He said that he would hold an extended hearing next week, with testimony from health experts, other witnesses, and concerned parents. And rule by August 25.