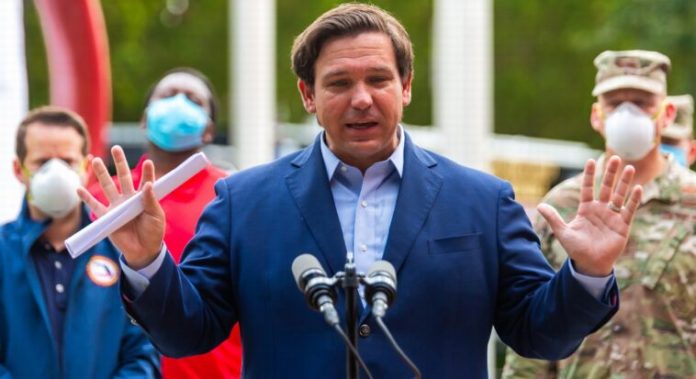 DeSantis and Disney’s feud has become well-known, with DeSantis remaining unrepentant after signing the parental rights bill that the left mockingly refers to as the “Don’t Say Gay bill,” and Disney using its vast platform to attack Florida for daring to pass a bill that Florida’s woke employees oppose.

DeSantis has been retaliating. First, he did it vocally, denouncing the corporation in a press conference and declaring that it “has alienated a lot of people presently.”

DeSantis intimated during the same press conference that he would rescind Disney’s unique privileges, stating, “And so the political influence they’re used to exercising, I think has gone.” So, why would you wish to have unique legal advantages in the first place? “And I don’t believe we should.”

“Over many, many decades…they’ve gotten incredible treatment from the Florida legislature and they are treated on a pedestal, this one corporation is treated differently than everybody else. That’s not something I’ve ever supported. But now in the Legislature you see a movement to reevaluate those special privileges. And so at the end of the day, I think Disney has gotten over its skis on this.”

The Reedy Creek Improvement District, a semi-private, independent governance entity managed by Disney, was established in 1967 in Florida. It provided the corporation the authority to approve theme park construction projects as well as build and manage the infrastructure required to support its operations.

The district was also given the authority to raise its own taxes, which it could then use to fund public services and road and bridge maintenance.

If the Republican-led state legislature repeals the statute, Orange and Osceola counties in central Florida will regulate Disney World and all of its properties.

DeSantis sees Florida as a bulwark against Disney’s toxic wokeness, as well as a check on the company’s far-left philosophy. That might give his threats some heft, implying that not just words, but action to bring Disney down a notch is on the way.