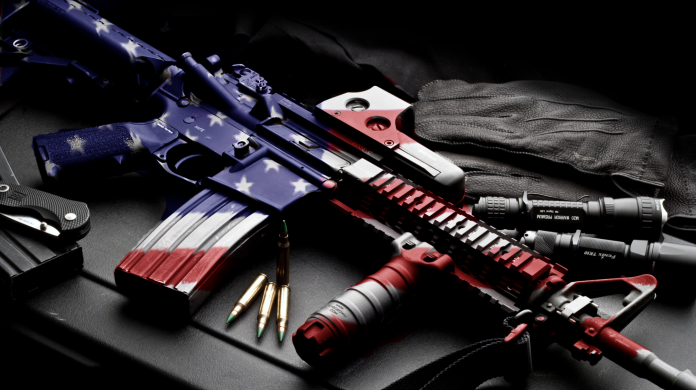 In California, a three-decades-old “assault weapons” ban was struck down by a judge who called it a “failed experiment.” Governor Gavin Newsom, who’s facing a tumultuous recall attempt, has lashed out against the judgment, whose consequences are now under a 30-day stay.

The NY Times reported that”The judge, Roger T. Benitez of the U.S. District Court for the Southern District of California, wrote that sections of the state’s penal code that defined assault weapons and restricted their use were’hereby declared unconstitutional and will be enjoined’.”

“But the judge said he had granted a 30-day stay of the ruling at the request of Attorney General Rob Bonta, a move that would allow Mr. Bonta to appeal it.”

“Good for both home and battle, the AR-15 is the kind of versatile gun that lies at the intersection of the kinds of firearms protected under District of Columbia v. Heller, 554 U.S. 570 (2008) and United States v Miller, 307 U.S. 174 (1939). Yet, the State of California makes it a crime to have an AR15 type rifle. Therefore, this Court declares the California statutes to be unconstitutional.”

The judge stated,”This case is not about extraordinary weapons lying at the outer limits of Second Amendment protection.”

“One is to be forgiven if one is persuaded by news media and others that the nation is awash with murderous AR-15 assault rifles.”

“The facts, however, do not support this hyperbole, and facts matter. Federal Bureau of Investigation murder statistics do not track assault rifles, but they do show that killing by knife attack is far more common than murder by any kind of rifle,” Judge Benitez said.

“In California, murder by knife occurs seven times more often than murder by rifle. For example, according to F.B.I. statistics for 2019, California saw 252 people murdered with a knife, while 34 people were killed with some type of rifle not necessarily an AR-15.”

A Californian is three times more likely to be killed by an attacker’s bare hands, fists, or feet, than by his rifle. In 2018, the statistics were even more lopsided as California saw only 24 murders by some kind of rifle. The identical pattern can be observed throughout the country.”

“Instead, the’assault weapon’ epithet is a bit of a misnomer.”

“As applied to AWCA, the Heller test asks: is a modern gun commonly possessed by law-abiding taxpayers for a legal purpose?”

“For the AR-15 type gun that the answer is’yes.’ The overwhelming majority of citizens who own and maintain the favorite AR-15 rifle and its many variations do this for legal purposes, including selfdefense in the home.”

“Beneath Heller, that’s all that’s necessary.”