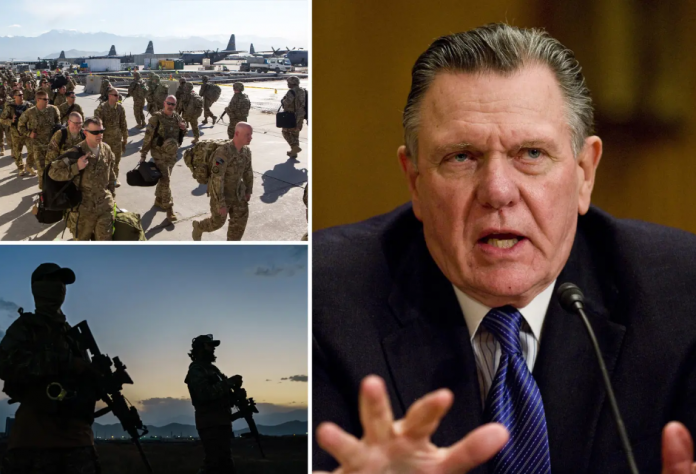 According to a former four-star general, the US is back where we were when al Qaeda carried out the 9/11 attacks, a year after President Biden’s chaotic and catastrophic military pullout from Afghanistan.

According to Gen. Jack Keane, the Taliban has solidified its harsh rule and has continued to provide cover for terrorists after the United States withdrew from the war-torn nation.

“The fact is Afghanistan is a sanctuary for terrorism. The very reason we went there, the very reason we stayed there for 20 years, to ensure that terrorists did not rise again to attack the American people, and we’re right back where we started,” Keane added.

According to the retired Army general, the US entered the Afghan conflict after the 9/11 attacks to stop the Taliban from regaining control and from providing terrorist organizations like al Qaeda with a refuge from which to plan attacks on the country and its allies.

Ayman al-Zawahiri, who took over running the terrorist organization after Osama bin Laden was killed in Pakistan in 2011, was assassinated earlier this month as he stood on the balcony of his home in the Afghan capital of Kabul, according to Keane, demonstrating that the Taliban are still sheltering the organization.

According to him, the Taliban were kept at bay by the US and its allies’ presence in Afghanistan and were stopped from seizing control of the government, as they did following Biden’s leave.

Additionally, the US military’s presence prevented al Qaeda from strengthening and establishing a foothold in the nation.

The president believed he was an expert. He also showed extreme defiance by disregarding all of their counsel. Then, he gave the American people a misleading account of events, which I find to be quite unsettling. My option is to go right away, or I’ll have to send thousands more American soldiers back into this area to battle the Taliban and suffer fatalities in the process, Keane stated.

In addition to the desertion of thousands of Afghans who helped the United States in its 20-year war in Afghanistan, that choice resulted in the deaths of 13 US military personnel who were slain in a suicide attack outside the Kabul airport. ​