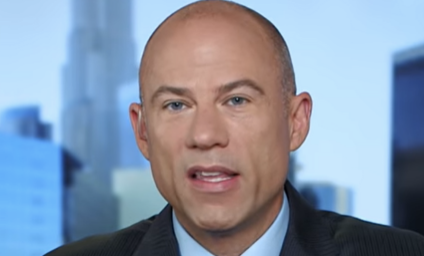 Disgraced attorney Michael Aveannti was sentenced by US District Judge James V. Selna to prison time for a years-long financial fraud that harmed clients, his law company, and the IRS. Although Avenatti is now spending time for other offenses, this was the most serious one. The discredited attorney was given a 14-year prison term by Selna today.

The sentence of Avenatti was live tweeted by Meghann Cuniff. She stated that this significant development: Judge Selna has ruled that Avenatti’s 168-month sentence (14 years) will run concurrently with his New York prison terms. big victory for the prosecution.

Avenatti has also mentioned the comments from ex-SDNY U.S. Attorney Geoff Berman in his book about the "turf war" between SDNY and @USAO_LosAngeles over the Avenatti prosecutions, which I detail in this @LawCrimeNews article: https://t.co/wlS6uvj6SB

Avenatti is given a 168-month prison term by Judge Selna. That includes a 36-month sentence for the IRS obstruction charge as well as the four counts of wire fraud.

Evidently, Selna has made a tentative that I have not seen. According to prosecutor Brett Sagel, Selna’s guideline range places him in criminal history category III with an offense level of 37. For the USA, this is a significant victory.

Sagel points out that Avenatti didn’t have to behave in this way, which accentuates how evil his actions were.

Sagel claims that Avenatti’s victims can describe the emotional harm they have experienced considerably better than he can, but he claims that the rules do not truly take into account the loss and abuse of trust as a cause of emotional harm.

Despite the fact that Avenatti paid Johnson and Gardner, the evidence indicates that he will steal from anyone. He will accept any amount of money for himself. Sagel claims that Avenatti wrecked so many lives.