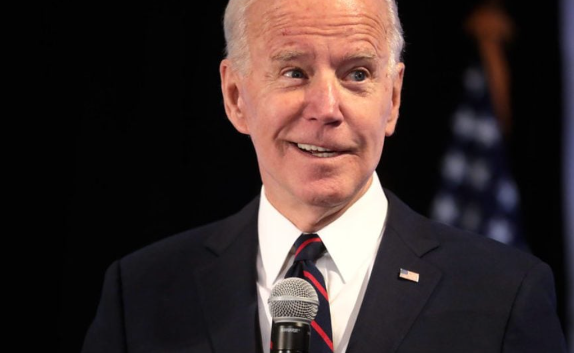 The Department of Justice is scrutinizing secret materials discovered at Washington, D.C.’s Penn Biden Center for Diplomacy and Global Engagement.

According to CBS News, the roughly ten documents are from Joe Biden’s vice-presidential office at the center.

Attorney General Merrick Garland has delegated the review of the materials to the United States Attorney’s Office in Chicago.

According to CBS News, the FBI is also involved in the US Attorney’s investigation.

🚨BREAKING: LOADS of CLASSIFIED documents from Joe Biden's VP Office at UPenn are now under DOJ possession and INVESTIGATION pic.twitter.com/2UfQWQEEsk

BREAKING: CBS News has learned that a U.S. attorney has been assigned to review documents marked classified found at the Penn Biden Center in Washington, D.C. The roughly 10 documents were found in Pres. Biden's vice-presidential office at the center. https://t.co/Uj2dJmoBQG pic.twitter.com/7kc3xseoL9

According to CBS News:

The classified material was identified by personal attorneys for Mr. Biden on Nov. 2, just before the midterm elections, Richard Sauber, special counsel to the president confirmed. The documents were discovered when Mr. Biden’s personal attorneys “were packing files housed in a locked closet to prepare to vacate office space at the Penn Biden Center in Washington, D.C.,” Sauber said in a statement to CBS News. The documents were contained in a folder that was in a box with other unclassified papers, the sources said. The sources revealed neither what the classified documents contain nor their level of classification. A source familiar told CBS News the documents did not contain nuclear secrets.

Sauber also said that on the same day the material was discovered, Nov. 2, the White House counsel’s office notified the National Archives, which took possession of the materials the following morning.

A source familiar with the matter said representatives from the National Archives then notified the Justice Department.

Garland assigned U.S. Attorney for the Northern District of Illinois John Lausch to find out how the classified material ended up at the Penn Biden Center. The review is considered a preliminary step, and the attorney general will determine whether further investigation is necessary, including potentially appointing a special counsel.

Lausch was nominated to be U.S. attorney by former President Donald Trump, and he is one of only two current Trump-era U.S. attorneys still serving. The other is Delaware U.S. Attorney David Weiss, who is leading an investigation into the president’s son, Hunter Biden.

The White House confirmed the discovery and the investigation in a statement issued Monday evening.

“The White House is cooperating with the National Archives and the Department of Justice regarding the discovery of what appear to be Obama-Biden Administration records, including a small number of documents with classified markings,” White House special counsel Richard Sauber said in a statement after the discovery was reported by CBS and CNN.

“The documents were discovered when the President’s personal attorneys were packing files housed in a locked closet to prepare to vacate office space at the Penn Biden Center in Washington, D.C.”

“The documents were not the subject of any previous request or inquiry by the Archives. Since that discovery, the President’s personal attorneys have cooperated with the Archives and the Department of Justice in a process to ensure that any Obama-Biden Administration records are appropriately in the possession of the Archives,” he added.

“President Biden has stated that taking classified documents from the White House is ‘irresponsible,’” Comer told Just the News.

“Under the Biden Administration, the Department of Justice and National Archives have made compliance with the Presidential Records Act a top priority. We expect the same treatment for President Biden, who has apparently inappropriately maintained classified documents in an insecure setting for several years,” Comer said.

The stunning announcement is certain to have political consequences since Biden criticized Trump after the FBI found classified documents at his Mar-a-Lago office during a raid in August and Garland named a special prosecutor to investigate the 45th president.

Biden ridiculed Trump as “totally irresponsible” for his handling of the materials.

“How that could possibly happen? How anyone could be that irresponsible?” Biden said. “And I thought what data was in there that may compromise sources and methods?”

House Republicans pounced on the revelations, vowing a vigorous investigation and noting Biden’s prior comments.