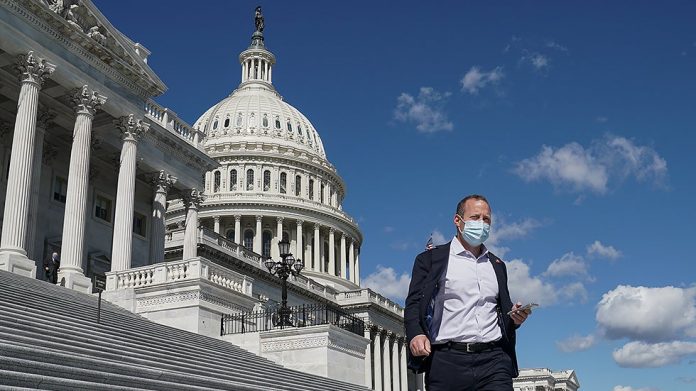 According to The Hill, the Democrats being targeted are Reps. Stephanie Murphy in Florida, Ed Case from Hawaii, Jared Golden, Maine, Josh Gottheimer, New Jersey, and Kurt Schrader, Oregon.

The ad, viewable on YouTube, shows a retirement-aged man getting up at 2:30 a.m. to make himself a cup of coffee.

But you can watch it here:

While a voiceover claims that Biden doesn’t “understand just how bad inflation hurts Americans”, it also shows news reports about rising consumer prices as well as the cost of Biden’s spending plan.

“If congressional Democrats don’t stop Biden and Pelosi’s plan, a lot of Americans won’t be able to pay their heating bills this winter,” the ad concludes as the gas eye on the stove goes off.

The Hill reported that the same five legislators were targeted in an earlier Club for Growth advertisement.

This ad follows a report that consumers’ prices rose 6.2% October, which is the highest since 1990.

“Our polling has consistently shown that inflation and rising prices are top concerns for voters across the country. As prices rise, consumers know that unnecessary government spending is not the way to reduce inflation,” said Katie Miller, spokesperson for the Coalition to Protect American Workers.

“President Biden’s tax and spending plan will exacerbate the inflation crisis and make it worse for Americans at home,” she said.