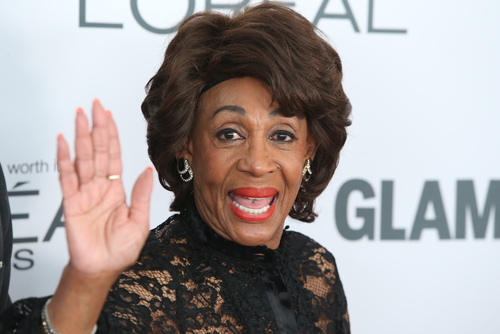 Maxine Waters, a Democrat from California, is a wild card. You never know what she’s thinking to do or say, but you can bet it’ll be dramatic and out of control.

Her latest remarks aren’t surprising, but they demonstrate how toxic the left has become. All of this is connected to Joe Biden’s Build Back Better bill.

It was meant to be his signature success of his term: a huge government spending plan to provide money to donors and move the United States toward a socialist green economy.

Senators Joe Manchin of West Virginia and Kyrsten Sinema of Arizona, both Democrats, stood in the way. They claim they will not put money in the trash as required by the bill.

Waters now claims that Manchin and Sinema are racists who don’t care about blacks, stating that they limit voting rights to people in their districts and are uninformed and hostile to minority.

Waters stated that Manchin and Sinema’s backing for the filibuster is another evidence that they are anti-black and anti-progress.

It used to be considered absurd for a member of Congress to falsely accuse others of being terrible bigots, but it’s now standard procedure on the other side.

The fact that a large number of Americans and their legislators oppose the Build Back Better globalist agenda is being put on Sinema and Manchin.

They’re easy targets for Waters to attack since they profess to oppose voting rights and black people. This makes it much easier to portray Sinema and Manchin as evil people who need to be assaulted.

The truth is that what Waters is saying here is tantamount to encouragement to violence; if it were said by a right-wing leader, the press and public would be outraged.

Despite the fact that Democrats control the House and the White House, Waters claims Manchin and Sinema are working with Republicans to stymie progress and justice.

She added Biden is doing everything he can to fight and is doing well, but that he is still being held back by those who want to falsely accuse him. This isn’t simply Waters venting his frustrations and criticizing Manchin and Sinema.

Recently, New York Congressman Adriano Espaillat ripped into the two of them, insisting that they face undefined consequences for obstructing progress.

Espaillat stated that the two of them must learn their roles and understand that when the president asks for a bill to be passed, they must obey and never try to derail it.