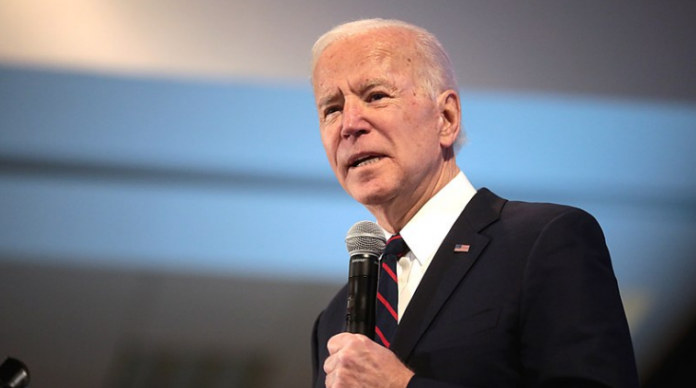 The United States military has been known throughout history as the global peacekeepers. We eliminate terrorist threats when they are on the rise. We are the first to respond when a foreign ally requires assistance. With the election of Joe Biden, this has been ended.

Joe Biden looks forward to some relaxation this weekend, even though the British and French are sending their troops to assist American citizens.

A new report claims that the British military has been helping to rescue Americans trapped in Afghanistan after President Joe Biden failed.

The Washington Examiner reported below:

I understand that the commanding general of the 82nd Airborne Division has told the commander of the British special forces at the Kabul airport to cease operations beyond the airport perimeter.

Maj. Gen. Christopher Donahue has told his British Army counterpart, a high-ranking field-grade officer of the British army’s 22nd Special Air Service Regiment, that British operations were embarrassing the United States military in the absence of similar U.S. military operations. I understand that the British officer firmly rejected the request.

his show of rare tension between the U.S. and British command groups in Kabul reflects three factors.

First, it shows the obvious stress of attempting to extricate thousands of personnel under a situation of increasing terrorist threat. Elements of the Haqqani network, the Islamic State in Afghanistan, and possibly al Qaeda are now operating in proximity to Kabul airport with some degree of command separation from the Taliban.

In addition, the British military has more operational latitude in Kabul than the U.S. military, including the Navy SEAL elements present at the airport. I understand that the SAS has conducted operations to bring American citizens, as well as British citizens and at-risk personnel, through checkpoints and to the airport.

Biden is worried about his sleep quality as Americans fear for their safety.

A new report by Jack Posobeic, a conservative journalist, says President Joe Biden isn’t sleeping well and wants his family to return to Delaware. He took a separate vacation over the weekend.

Over the past 48 hours, the elite tactical unit of the French Police, RAID, have made multiple trips into Kabul to rescue people sheltering in the French Embassy.

So far, they have taken 216 French and Foreign nationals to the secure area of Kabul Airport, #Afghanistan. pic.twitter.com/dklVoBOxiG

“Biden telling staff he wants to go back to Delaware. Hasn’t been sleeping well all this week. Thinks he will be more functional if he stays over at home in Wilmington,” Posobeic reported.

Just one hour after Posobiec had tweeted this message, WMAL News reported on Biden’s return to Wilmington, Delaware, for a long weekend.

“President Biden, who has spent the last few days traveling between the White House and Camp David, is scheduled to head to Delaware for a long weekend,” WMAL News tweeted. “That’s according to the FAA’s website.”