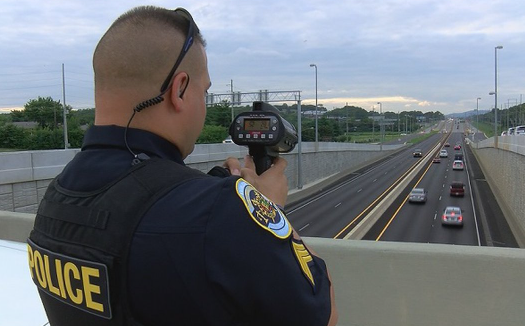 Many individuals consider driving alone down the open road to be the pinnacle of freedom. We regret to inform you that unless Congress acts, liberty will be lost forever.

According to the website Motorious, former Georgia Congressman Bob Barr has been warning about a terrible item concealed within the Biden-McConnell “infrastructure” legislation, which was passed in August 2021. According to Barr, the government will now have the authority to shut off your vehicle if they suspect you of engaging in any “illegal” activity.

Is there anyone who believes the Biden regime will not misuse its newfound power? Naturally, they will! Especially if such authority may be used to successfully target those who oppose the Regime’s agenda.

You should not be driving a gas-guzzling automobile. The Regime may mistake you for a conservative and abandon you in the middle of a highway.

In other words, Big Brother will constantly watch your driving habits. If you do something that the system has been programmed to identify as driver impairment, your automobile may just shut off, which might be quite dangerous.

There is a chance that the kill switch program will flag your driving as impaired, and when you try to restart the automobile, the engine will not start. You could get stranded as a result of this.

But hold on, there’s more. This “safety” kill switch system would be open, or there would be a backdoor. This would allow police or other government officials to access it at any time.

Would they require a warrant to do so? Most likely not. Even better, hackers may gain access to the backdoor and disable your vehicle.

To summarize, your ability to operate a new car by August 2026 will be subject to an algorithm devised by the Regime. Your car could fail at any time of day, jeopardizing lives, even your own. Imagine driving at 60 mph along a moderately busy highway and coming to a complete stop in the middle of nowhere.

Furthermore, your Fourth Amendment rights will be fully lost. The cops will have the legal authority to search your car until they find something to charge you with. Police officers frequently abuse their position in order to make more arrests.

Liberty’s time is running out. Unless something changes, America will become a comprehensive police state.

The regulation is unlikely to be enforced for another five years, so there is still time to act.