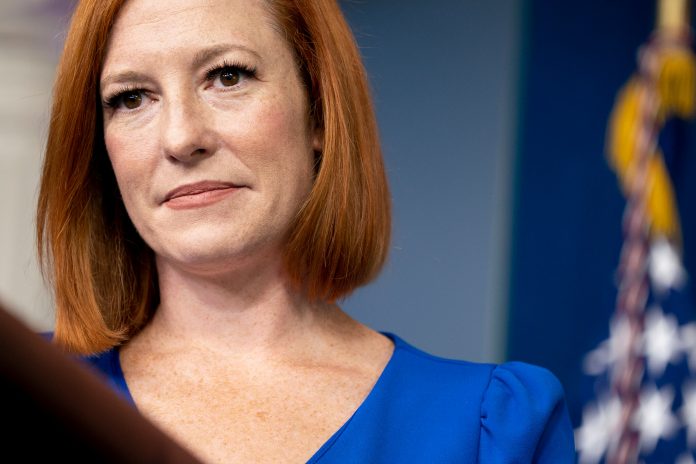 Jen Psaki the White House press secretary, who had earlier said she wouldn’t join President Biden for a trip to Europe as a result of a family emergency Later confirmed that she had tested positive for the coronavirus on Sunday.

“While I have not had close contact in person with the president or senior members of the White House staff since Wednesday,” Ms. Psaki stated, “I am disclosing today’s positive test out of an abundance of transparency. I last saw the president on Tuesday, when we sat outside more than six feet apart, and wore masks.”

Ms. Psaki stated that her family members had tested positive earlier in the week for the virus and were quarantined after she discovered that they had. On Wednesday, Thursday, Friday, Saturday, and Sunday, she tested negative, before becoming positive on Sunday. Karine Jean-Pierre was the White House’s principal deputy press secretary. Ms. Psaki stayed at home and went into quarantine.

“Thanks to the vaccine, I have only experienced mild symptoms, which has enabled me to continue working from home,” Ms. Psaki stated.

The White House didn’t immediately respond to questions regarding Ms. Psaki’s booster shot and also did not identify any administration officials with whom she had been in close communication earlier in the week.

Biden traveled with a large delegation, which included Jake Sullivan (his national security advisor), Antony Blinken (the secretary of state), and several other press officers. All of them have had interactions with White House officials as well as a large number of journalists who were traveling with him.

“I will plan to return to work in person at the conclusion of the 10-day quarantine following a negative rapid test,” Ms. Psaki said, “which is an additional White House requirement, beyond C.D.C. guidance, taken out of an abundance of caution.”

After a White House staffer tested positive for the virus in July, Psaki said there would be more breakthrough cases, and that precautions were being taken to protect the president.