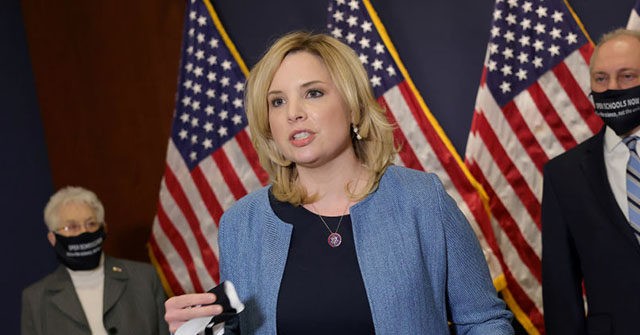 Kamala Harris and Joe Biden have done so much to the country in nine months, that many Americans are now pessimistic regarding the future direction of the United States.

This was something everyone knew would happen, but did they? You can’t have a winning economy if socialism and inflation are the main drivers.

However, Biden got the most votes of any candidate ever in history right!

Hinson emphasized the importance of her legislation to block the “incredible invasion of big government” and keep the IRS “out of our bank accounts.”

Hinson said, “Let’s face it — Americans are spending money on groceries, on rent, and the government doesn’t need to know every time you’re going to Costco stocking up on diapers and groceries. I think it is just an incredible invasion of big government. And so, our bill is designed to fight back against that. The Protecting Financial Privacy Act is standing up for personal freedom and keeping the IRS out of our bank accounts. Instead of funding new IRS agents right now, we should be funding Border Patrol agents. And so, it is a counter to the mixed priorities coming out of the Biden administration right now.”

She added, “This is a big brother proposal, plain and simple. And when you look at the plan coming out of the Biden administration right now, it is no wonder they want more IRS agents to force compliance. They want more insight into what we are spending and doing because that’s the best way to control our everyday lives, so, again, I think it is time that we push back against dangerous proposals like these. They want to come after your money, right? That is what they really want. And so, I think they couldn’t be more blatant about these proposals, and we’re going to fight back against them.”