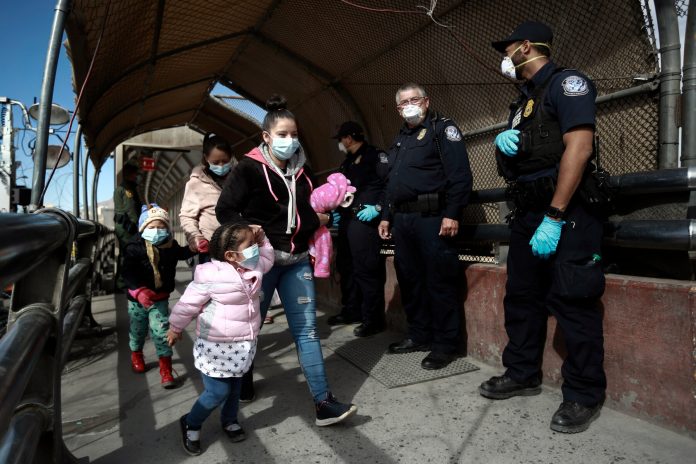 Axios reported that the Biden administration no longer holds undocumented migrants in detention centers, but instead uses remote tracking technology.

Axios stated Wednesday night that the administration uses ankle bracelets and traceable cellphones in order to track migrants who have been released into the country.

According to the media outlet, the administration also secured contracts with expensive hotels for detention centers that could be used instead.

This move allows President Joe Biden to fulfill a promise he made when he was running for office to free families from Immigration and Customs Enforcement’s (ICE) detention.

Between Thursday and Friday last week, the last migrants from South Texas Family Residential Center, Dilley, Texas were expelled. In the future, the facility will only hold single adults.

“ICE has chosen to shift its usage of the Dilley facility to focus on single adults,” an ICE spokesperson told Axios, “consistent with the administration’s goals of addressing irregular migration while supporting a system of border management that is orderly, safe, and humane.”

A DHS official informed Axios two hotels would be used to process the requests, if necessary.

According to data from the Department of Homeland Security, nearly 150,000 migrants were being tracked technologically by Axios. This included single adults as well as their families.

According to media outlets, Border Patrol released tens and thousands of families this summer without any tracking devices because of the high number of migrants.

Border Patrol statistics showed that there were 164,303 encounters at the southern border in October. This is the lowest number in eight months, but it’s more than twice the number (71 929 in October 2020).

The Biden administration was critic for secretly flying unaccompanied migrants from Texas to other areas of the country to try to resettle them.

Florida Gov. Ron DeSantis, Florida Governor, stated Friday that he intended to issue an Executive Order to stop the issuance of or renewal state licenses for facilities housing migrant kids relocated from the south border.

On Monday, a U.S. appeals court rejected a new attempt by the Biden government to end the “Remain in Mexico” policy of former President Donald Trump that required migrants to wait in Mexico to resolve their U.S. asylum claims.

Biden ended the policy shortly after taking office. However, a federal judge declared it reinstated after Texas sued.