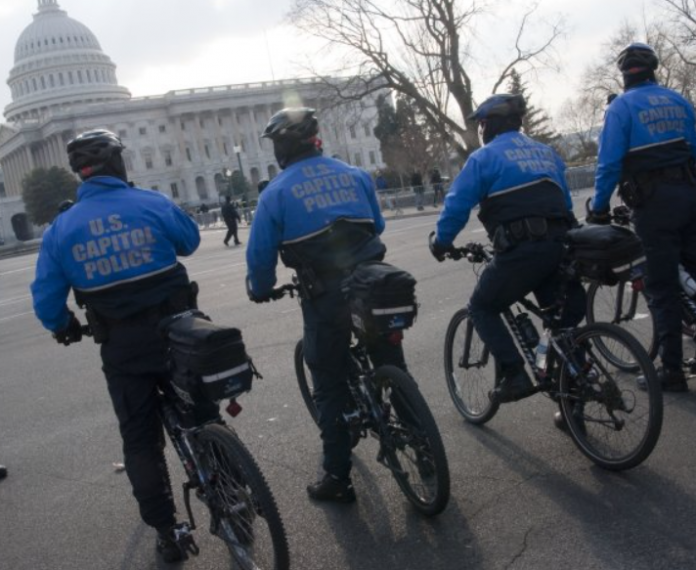 A 55-year-old man was detained outside the Capitol on Friday while flashing a false badge.

Authorities apprehended Jerome Felipe, a retired New York police officer, when body armor, a BB gun, high-capacity magazines, and other ammunition were discovered in his 2017 Dodge Charger outside Peace Circle.

Felipe allegedly pretended to be a criminal investigator and showed cops with a false Interpol Department badge.

Felipe granted authorities permission to check his vehicle. They found a BB gun, bulletproof vests, and other ammo inside. The BB gun was the only firearm found, according to the agency.

He is accused of illegally possessing high-capacity magazines and unregistered ammunition.\

Felipe is the latest in a long line of people detained for illegal possession near the Capitol.

Felipe is a former NYPD officer who left the service in 2018 due to departmental charges, according to a top New York City law enforcement official.

According to the law enforcement official, the charges were that he misrepresented himself in official processes as a detective when his true status was police officer.

As per the official, Felipe was unable to obtain the necessary qualifications to obtain a weapons permit after retiring from the police department as a result of the charges. According to the official, his NYPD ID card states that he does not possess a handgun.